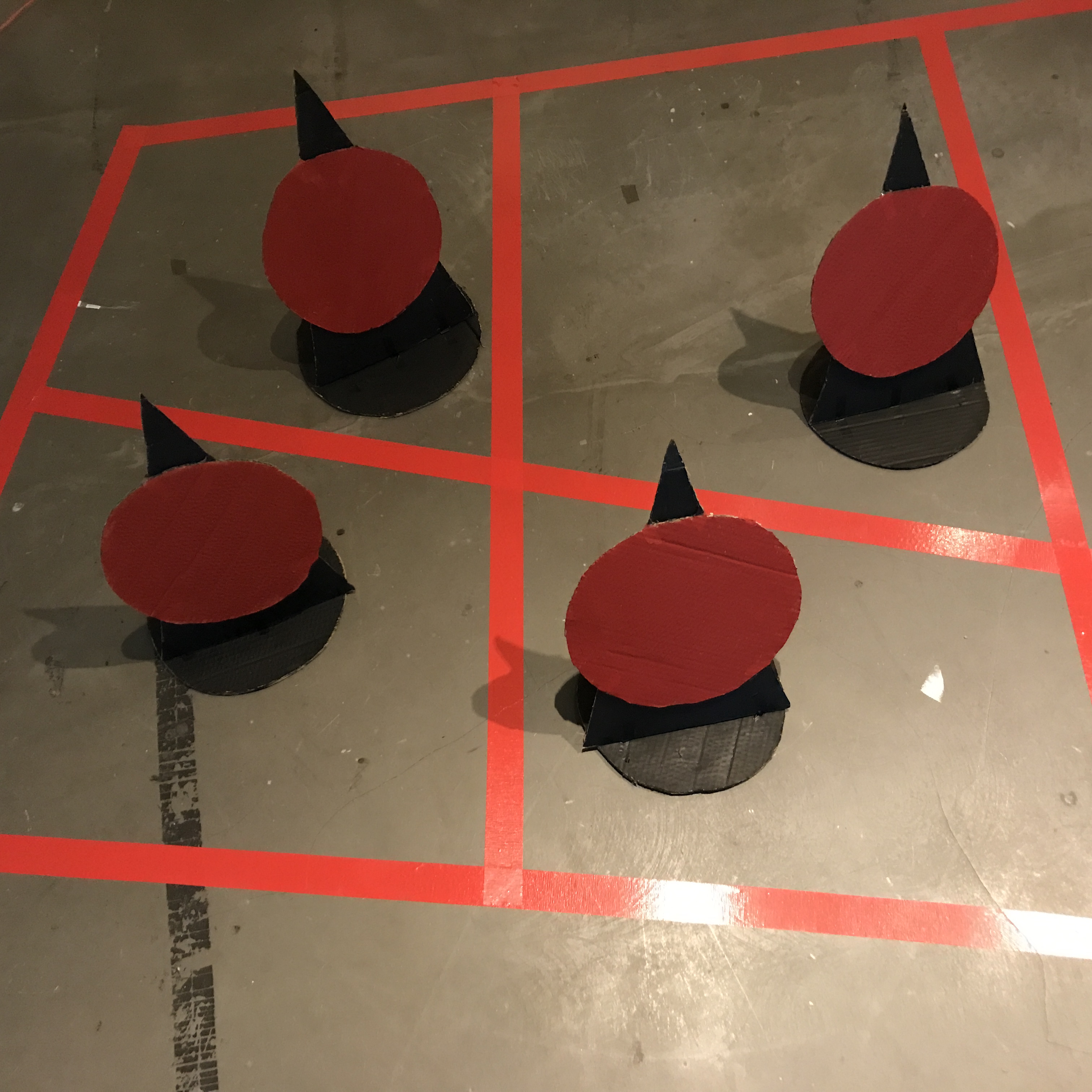 By Maria and Simon, the relations between China and Hong Kong as an imbalanced chessboard.

Our group has worked on the idea of floating identity in the context of the post-colonial HK, which was returned to China in 1997.
The reinterpretations of the HK Basic Law by the Chinese government on several occasions has caused tension and conflict in the community and this is represented by the distorted chessboard and the imbalanced in the power dynamics in the video and the performance.
This work consists of dance and theatre performance, two video installations running in parallel and stage installation of the visual representation of the concept of floating identity.
The choreography focuses on the slippery conditions when negotiating identity in the floating world of the post-colonial HK and the floating figures taking the form of a jellyfish are present both on stage and in the videos. These representations are open to mutiple interpretations.
A script on the conversation between two individuals based on conversations between Simon (originally from China) and Maria (originally from HK and lived abroad for some years), as well as conversations with a few other people in HK and newspaper articles was also prepared.