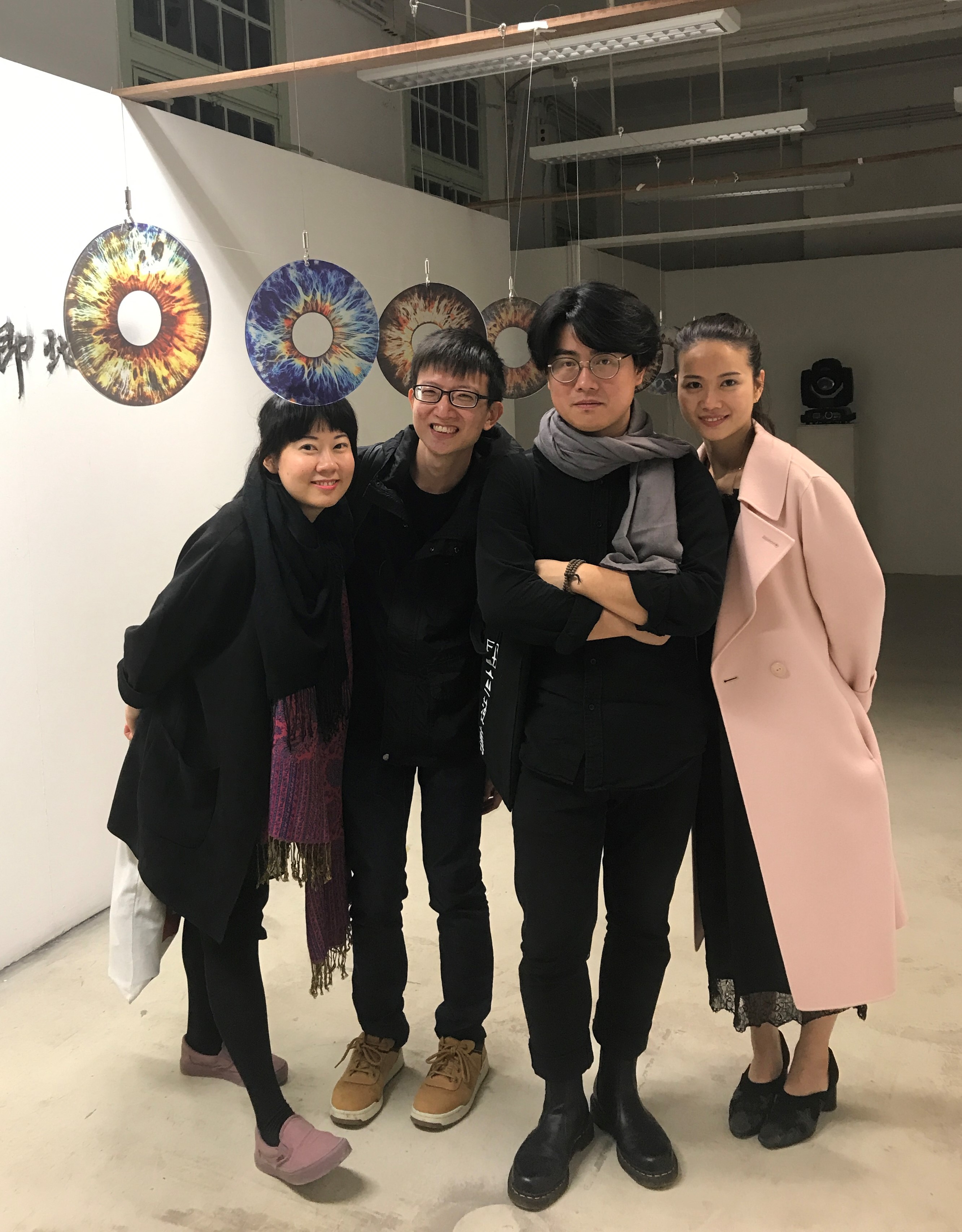 In a bustling crowded city such as Hong Kong, it is difficult to be alone; yet despite being surrounded by people, one can still feel lonely. There are times when we need to be alone and there are moments when we can’t help but feel lonely. The dialectic between wanting to be alone and coping with loneliness is the theme which B/W (Henry Lee, Liana Yang, Shirley Chong and Wang Jin) chose to explore.

For the presentation at XXX Gallery, one of the ideas we wanted to capture was the contrast between the clubbing social environment of the space with the quietness of being alone or feeling lonely. We started looking at activities which people do when they are alone or feeling lonely: drinking, smoking, taking a stroll in empty spaces or late at night, writing a diary entry, etc. We decided for this project early on that a video would be the main format of presentation as we wanted the audience to reflect, for that moment when the video was presented, on the times when they wanted to be alone or felt lonely.

As different people have different ways of dealing with loneliness, we were very conscious of leaving the discussion open-ended. This was expressed in the different styles and angles in which the various scenes in the video were shot. The goal was to maintain a cohesive aesthetic while expressing the different perspectives held by each team member.

The title ‘I Am So Happy’ can be read as an irony, when one is feeling lonely and trying to mask it, or as an affirmation of solitude. Once again, it alludes to the dialectic of solitude and loneliness which we are interested in.

Working towards the final presentation: Together Alone

After ‘I Am So Happy’, we continued to explore other daily activities which could evoke a sense of loneliness or the need to be alone. Hong Kong is a haven for foodies and one of the things we like to do as a group was to try good food wherever we go. We often share tables with strangers at the Cha Chaan Tengs (HK Style cafés) when they are crowded; for that moment we are together with these strangers at the same table but we remain alone, each in their solitary mental and emotional world. This duality between the physical togetherness and mental separation, the interior and the exterior, sparked the idea of a multi-media installation revolving around strangers sharing a table, each telling their individual stories while the busy endless crowds stream past outside the Cha Chaan Teng.

As we continued to brainstorm, we began to look for ways in which we could better express the different facets of our practices: drawing, photography, video, installation etc. At this point, we also started considering the possibility of playing with light and recreating the sense of solitude and loneliness within a space.

Conceptualising The Museum of Loneliness

Our explorations soon took us to a juncture where we realised we could exhibit several works, each dealing with different facets of being alone and feeling lonely. We stopped thinking of the project as a single installation/work but as a space where different works could inhabit. While considering the different spaces available for the final presentation, we found a space at the Kai Tak Campus of the HK Baptist University which was perfect for housing the works and thus, The Museum of Loneliness was born. The Museum of Loneliness contains four individual works: I Am So Happy, The Writing Desk, Hell Is Other People and Solitude in CMY(K). We decided to include I Am So Happy as it was the seed which sparked the development of the subsequent works in the Museum.

The Writing Desk evolved from the original Cha Chaan Teng concept involving stories of strangers sitting at a table to the enactment from a specific scene from I Am So Happy: the writing of a diary entry. The concept developed into an invitation to the audience to sit down and experience the loneliness of the anonymous writer in the video.

‘Hell Is Other People’ is a quote taken from the philosopher Jean Paul Sartre’s play entitled ‘No Exit’ and it became the title and basis for this light installation. The work revolves around Sartre’s idea of Le Regard (The Look) and the loneliness which ensues from having to live up to the expectations of others and losing oneself in the process.

Solitude in CMY(K) takes reference from the basic colours used in printing: cyan, magenta, yellow and black. A collaborative effort between Henry and Liana, the drawings are inspired by Mark Rothko’s colour field paintings and depict the different nuances of being alone and feeling lonely.

The Museum of Loneliness thus encapsulates the idea that being alone and feeling lonely are multi-faceted experiences. The space was designed to evoke the audience’s personal experiences regarding these topics and to have a quiet moment for reflection, amidst the hustle and bustle of city life.