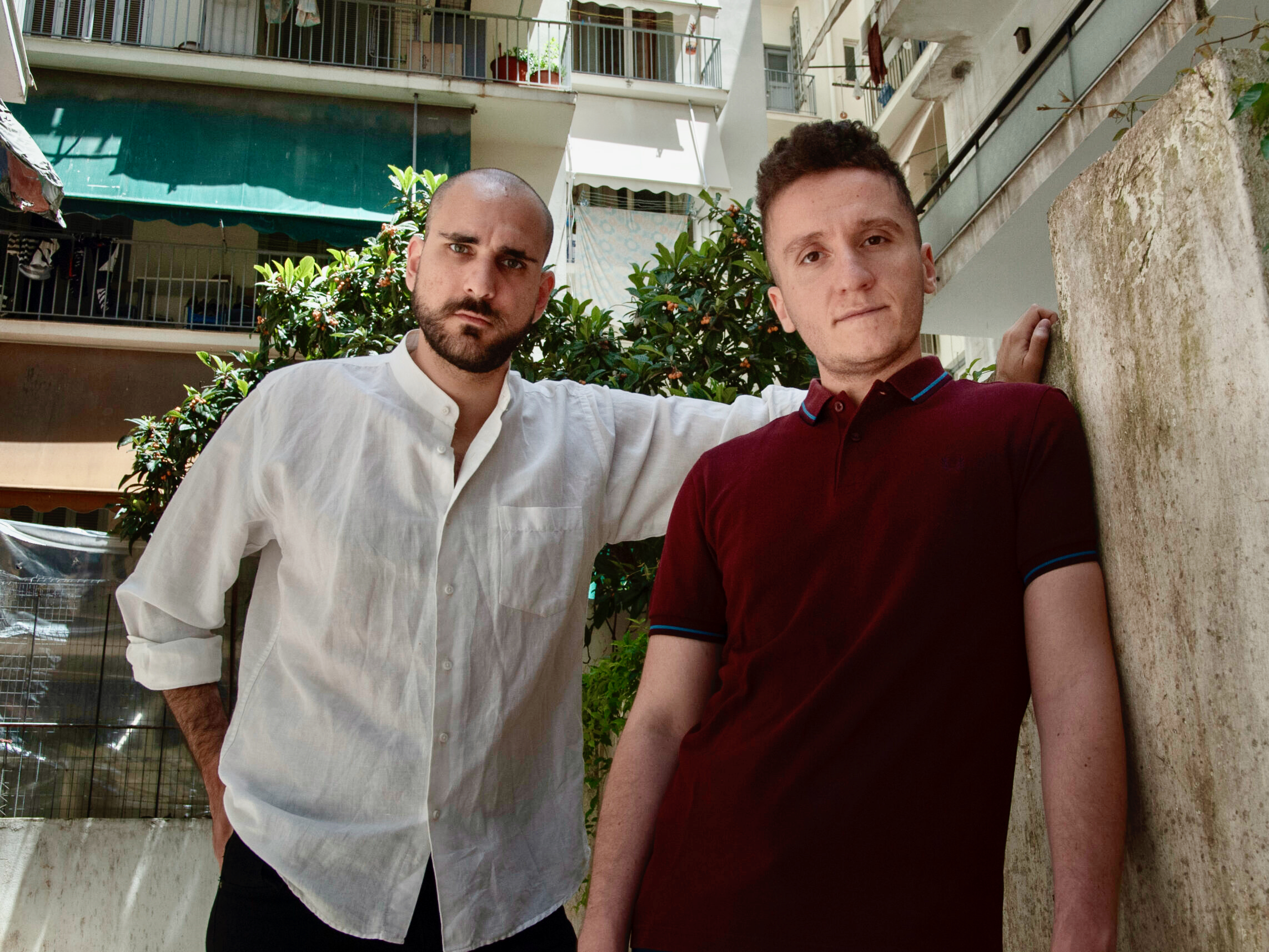 Latent Community are Sotiris Tsiganos and Ionian Bisai, two filmmakers from Athens who are searching for hidden and untold aspects to create counter-stories. They provoke a field of tension by deliberately allowing different perspectives to collide. It is these tensions that convey a deeper message that cannot otherwise be shown.

Two of their latest projects are called Neromanna and Otranto. In Neromanna, they tell the story of the people who lived in the village of Kallio in Fokida, Greece. This village is now under water because an artificial lake was created in 1981 to supply Athens with water. Otranto tells the story of 120 Albanian citizens who tried to flee to Italy after the outbreak of the civil war in Albania. The ship heading for the Italian city of Otranto was stopped by an Italian Navy warship. 81 people tried to escape the blockade and died in the sea.

During the TC21 program, the two artists presented their work as part of a one-day field trip to the neighbourhood where the Victoria Square Project is located. We took the opportunity to ask some questions about their recent works.

Let’s take your most recent work called Otranto. How do you go about starting a project like this?

The starting point in Otranto was the debate between the community narratives of the victims’ relatives against the institutional narratives of the official authorities. It was very crucial for the development of the project to trace the missing parts of the story and how they had been distorted by the authorities. And that distortion is also imprinted in the action of the Italian state to transform the shipwreck from a piece of crime evidence to a public sculpture.

In the Otranto tragedy, as in other examples of contemporary immigration history, we can see how art is used as a tool to whitewash a state crime. And, it was a challenge for us to look into the hidden parts of the story and see how we can bring them into a new context through the personal narratives and the memorial rites of the community in order to create a counter-narrative. Trying to challenge the idea of the institutional monument, the spatial monument, giving more space to the unheard voices of the protagonists.

So you’re circling the information and trying to get as close to the core problem as possible?

Yes, but we usually start from the side where the information is missing. We don’t follow certain guidelines (as in a documentary film) where both sides have to have their say. The story of Otranto is an ongoing conflict because the story has only been told by one side. So we try to amplify and hear the voice of the muted side.

We try to combine different approaches and tools to go deeper in our research. In the beginning, we thought that it was useful to start approaching the project from a more anthropological perspective. We focused on listening and learning more from the people, through our interaction. And then we started to enhance our curiosity by searching in the archive of that period.

We found ourselves digging for hours in the public archive of the television as a kind of digital archaeologist. After that, we discussed a lot about the contextualization of the project and the tools of narrating this story. We spent much time talking and thinking about the role and the presence of the camera. Soon, we concluded that the camera must be present in the project as another body that can follow and interact with the subject but at the same time could be forgotten.

Can you describe how you did it in Otranto?

We co-organised with the family of the victims a performative trip from Albania to Italy. The project was built on two axes, on the one hand, was our intention to work with this fading story and on the other hand, was the need of the community to travel to Lecce in Italy to attend an important trial for the case. It was important for us to investigate the aftermath of the events and to show what comes after a migrant tragedy, to go deeper from the shocking images and statistics.

We thought a lot about how we can turn this project into something bigger and relevant on a contemporary and political level. So we decided to use the whole process of crossing the sea as our main body to build the narration of the story. This helped us to create a space for including community narratives and the unexpected events during the travel. Also, the trip became a personal rite for them which helped us see how the presence of the camera among them could act as a means to transform the personal trauma into a political condition.

With your work, you act as a voice from the outside. Do you feel that you are intervening in these stories?

Since those are latent stories, we intervene in the level of dramaturgy of the conditions where the people feel safe to share their stories. Also for us, sometimes it’s more about the experience than the story. First, we try to build a relationship based on trust with the people in order to make them understand our intentions and to find a mutual purpose. Then we collect the unheard experiences and memories to reconstruct the part that is missing or somehow is distorted by the official narrative. History, as we understand it, is never linear or fixed. It is constructed, and we try to deconstruct it and reconstruct a counter-narrative.

Can you talk more about your understanding of perspective?

Let’s try it with an example of a new work of ours, called Horses (2021). It deals with the issue of horse racing, animal cruelty and the subculture associated with it on the island of Lesvos. We provoke tension between a witness point of view, someone who observes the cruelty, and the romanticization of the animal and the human relationship with them. Here we attempt to work with a visual narration based on other-than-human perspectives.

Interacting with emotions is always a fine line. How do you interact with proximity and the way you capture certain moments to get close to a subject without overdoing it?

We think that this comes through the process of our research and the relationship with the people. It’s important for us not to overdramatize these stories. We always try to be aware of the emotional level, which is a very fine line indeed. It’s impossible to annihilate the emotional spectrum, especially in a story like Otranto. Arousing too many emotions, though, is very risky, dangerous and often problematic. So we try to work with care and to find the balance to convey the emotions that are necessary to understand the subject, but not to use emotion as a cheap trick to engage with the audience.

Regarding Otranto, there is still a legal process going on. Do you think your work influenced that process?

Yes, definitely. Part of the film shows the affected community on their way to the court hearing in Italy. We connected the purpose of their journey to the court with the purpose of the project. Also, our work allied with their goals of finding justice as an act of solidarity. This is important for these people so they don’t feel alone and unheard.