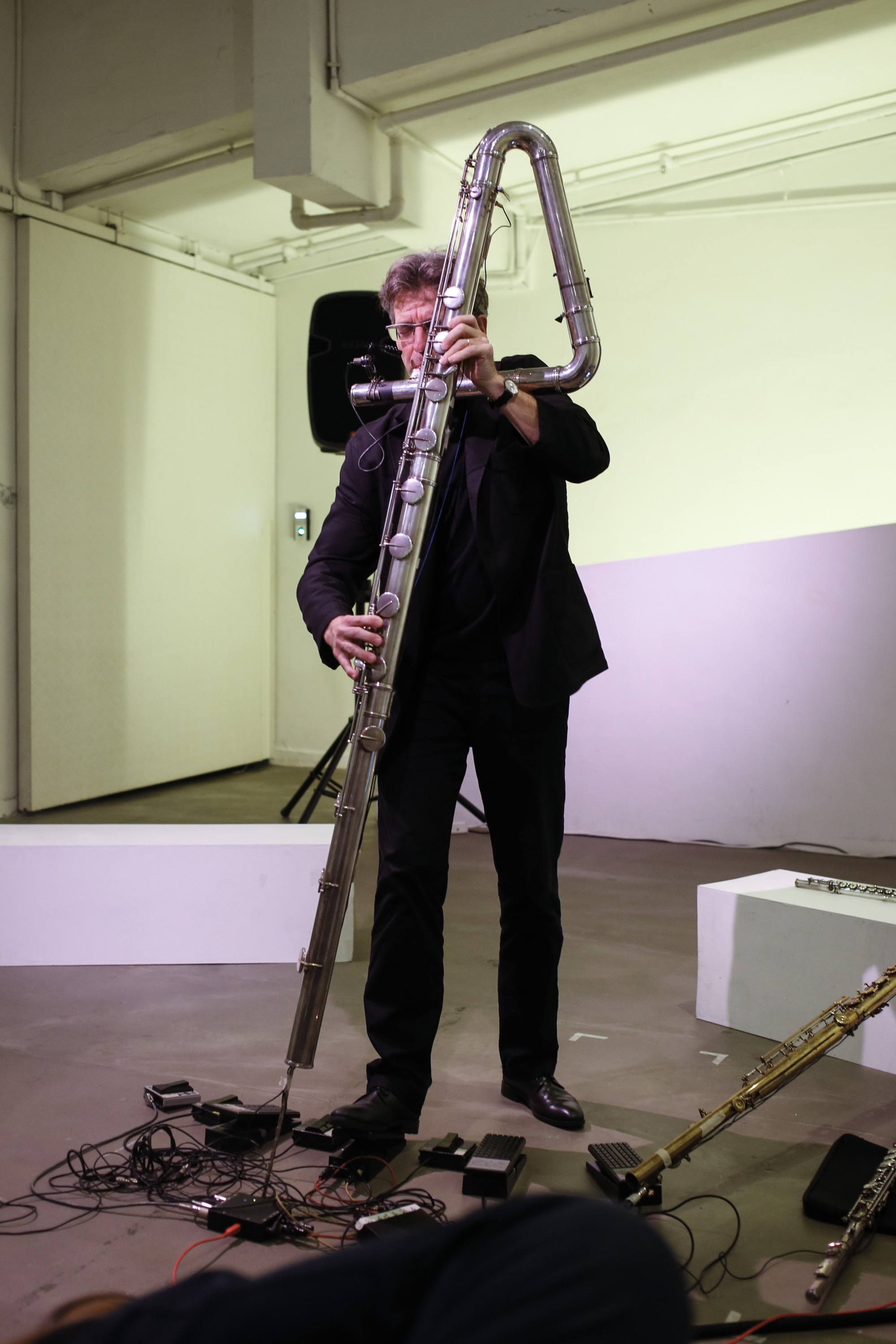 Amplifying the flute in a particular way makes it possible to increase the volume of the micro sound structures inside the flute to an audible level. It is like looking at the instrument through a magnifying glass. There is a whole orchestra inside the flute which opens new sound worlds for composers and improvisers.

Matthias Ziegler presents his own compositions.

Swiss flautist Matthias Ziegler is one of the world’s most versatile and innovative flutists. He is committed both to the traditional literature for flute as well as to contemporary music and concepts that cross the boundaries between classical music and jazz. Accordingly, his performances take place in a vast range of contexts: he plays principal flute with the Zurich Chamber Orchestra, has toured with harpist Andreas Vollenweider, the percussionist Pierre Favre and performed with the pianist George Gruntz as well as with the American contrabass player Mark Dresser. He is also a member of the ”Collegium Novum Zurich“, where he has worked with Mauricio Kagel, Heinz Holliger and George Crumb.Concert tours have brought him to the US, Japan, Australia, South America and Israel. Many recordings on CD document his inclusive musical interests.Matthias Ziegler currently teaches at the Zurich University of the Arts ZHdK.

Matthias Ziegler has developed an e-learning platform for students to become familiar with extended techniques. www.fluteXpansions.com

Matthias Ziegler performs on a flute manufactured by Louis Lot (1880), on a quartertone flute Brannen/Kingma system , on a Alto- and Bassflute by Eva Kingma (Holland) as well as on his own invention, the ”Matusiflute”, a uniquely designed instrument with a vibrating membrane. His contrabassflute has been constructed by Kotato Fukushima (Japan).