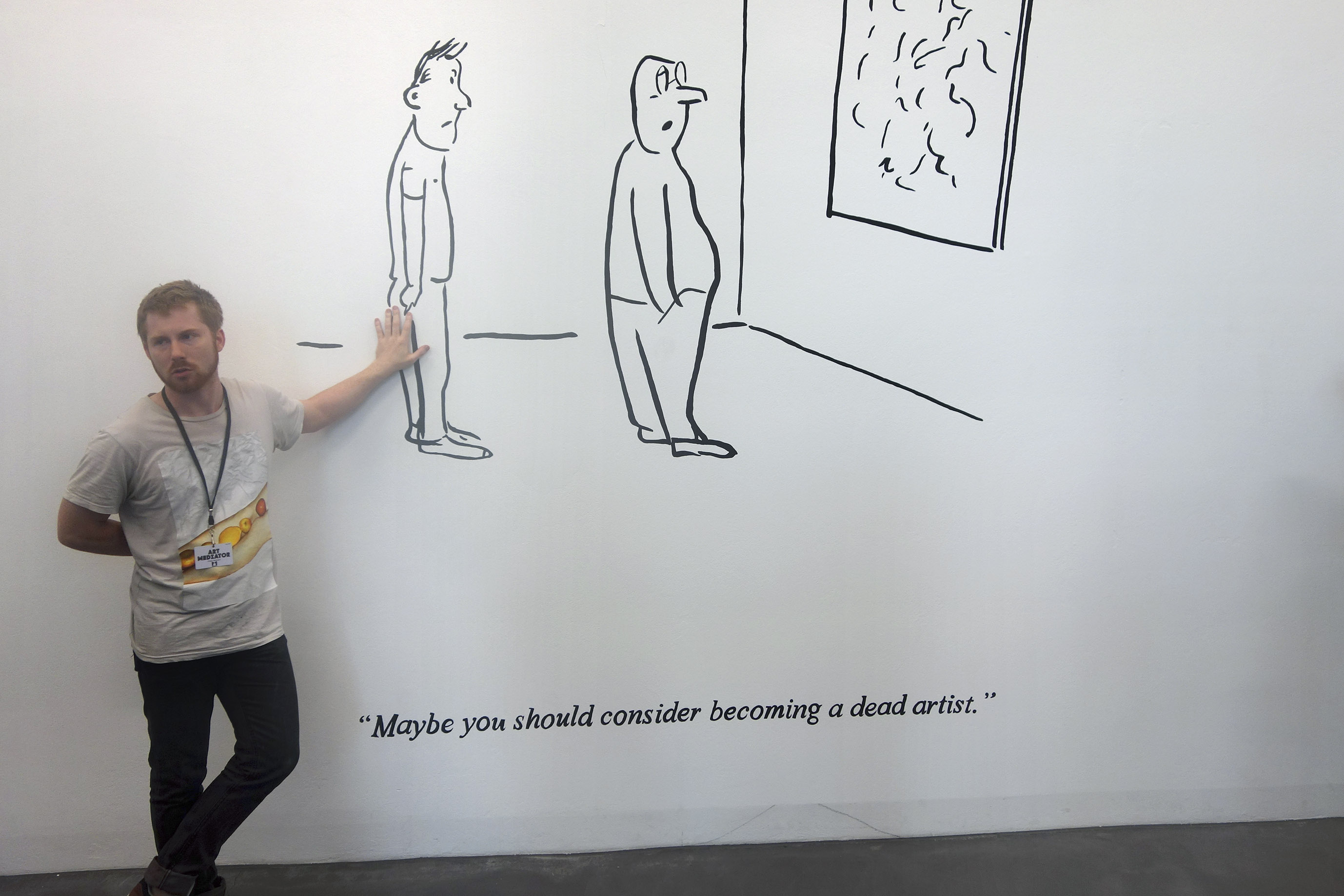 What People Do for Money – that is the existential question addressed by Manifesta 11. It deals with a topic which concerns all of us. Why do some people earn more than others – for the same work? Why are men often quicker than women to climb the corporate ladder? Why is social status still measured by one’s profession and position? Is the passion with which “workaholics” pursue their jobs simply a pretext for their alienation and exploitation? And there is more: how do you go about finding work in a country that is foreign to you? And how does a fully digitised world work in which robots have finally replaced us – and labour as a concept has become obsolete?

These questions are associated with some of the most urgent socio-political issues of our times but they rarely offer up quick and easy answers. Neither does Manifesta. Instead, thirty artists from all over the world were invited to collaborate with hosts of their choosing from within Zurich’s diverse workforce in order to uncover their working conditions. Zurich happens to be one of Europe’s financial and economic centres with a rich tradition in various occupational areas where the guilds still play an important role in urban life – and as such, the city offers a fascinating environment to explore and investigate.

The “Joint Ventures” resulting from these collaborations reflect in subtle, ironic and playful ways how the people of Zurich act and operate in their professional environments. Some of them produce new goods and objects for the local market, inspiring artists like Jorinde Voigt and Jon Kessler to work together with a boatmaker and a watchmaker, respectively, while John Arnold’s Imbissies offer delicious culinary delights in collaboration with a Michelin-starred chef.