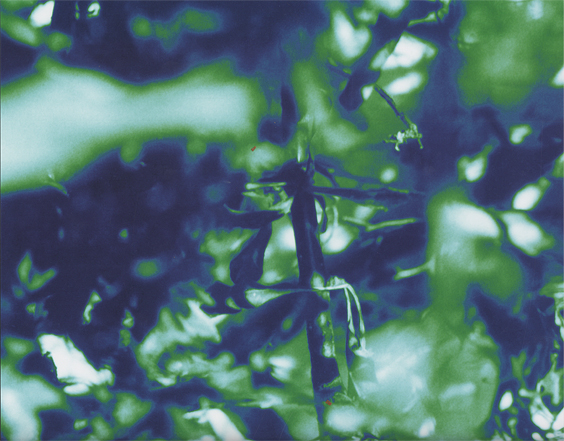 Forest ecosystems exist since more than 300 million years and are nowadays faced with major changes, as for example biodiversity loss, aliens and climate changes. We dive in-situ in one of the most crucial ecosystems of our planet and review the impact of human activities.

1 Interconnection and interdependency in the forest In ecosystems organisms are interconnected and interdependent. Plants were found not to be really individuals in the sense that Darwin thought they were individuals competing for survival of the fittest. In fact, they are also interacting with each other, trying to help each other survive. Trees for example talk to each other by using an underground internet of fungus, which has become known as the Wood Wide Web. It’s an information superhighway that speeds up interactions between a large, diverse population of individual plants. It allows individuals who may be widely separated to communicate and help each other out. The fungal internet exemplifies one of the great lessons of ecology: seemingly separate organisms are often connected, and may depend on each other.

2 Coexistence of human being and forest Human being is depending on forests. Forests contribute to the balance of oxygen, carbon dioxide and humidity in the air. Over 40 percent of the world’s oxygen is produced from rainforests. A tree releases 8-10 times more moisture into the atmosphere than the equivalent area of the ocean. Forests protect watersheds which supply fresh water. Forests also provide a wide range of economic and social benefits for instance through employment, value generated from the processing and trade of forest products, and investments in the forest sector. Benefits also include the hosting and protection of sites and landscapes of high cultural, spiritual, or recreational value. Over the centuries the relation of human being to the forest has changed. The area under forest cover has decreased steadily, as forests have been cleared for agriculture, industry, housing, and other development activities. More and more trees have been cut for timber and paper, among other products. Biodiversity loss, climate change, decrease of water quality, soil erosion and air pollution are some of the consequences.

3 The European yew, the oldest tree genus in Europe Taxus baccata, the European yew, is native to most of Europe and is the oldest tree genus in Europe (over 200 million years old). The European yew is endangered. Since habitat loss and the cutting of the forest is the key factor for the disappearance of the tree. Taxus is the genus of the economic importance: The needles, of the tree have an immense application like they have important anticancer properties and the wood of the tree has as well a high value.

Over the world this plant is degrading with great speed. Several reasons are responsible for the degradation of the trees. Mainly:

After 200 Million years of life, mankind will possibly extinct this species in no time.

4 Biotic invasion as consequence of globalization Biotic invasion is considered one of the five top drivers for global biodiversity loss and is increasing mainly because of globalization. Aliens may drive local native species to extinction. Therefore, besides their economic ramifications, alien invasions may result in extensive changes in the structure, composition and global distribution of the local biota. In Europe for example ash trees, an old native plant genus, are at deadly risk from a virulent fungal disease originated in Asia. The Asian version of the fungus seems to cause no harm to the local ash trees there. The fungus has spread across Europe over the last 20 years, threatening many of the continent’s ash trees and killing a large part of them. Many countries over the world try to avoid and fight aliens, but it is very difficult. In Switzerland, for example 300 foreign fungus species were introduced last year. Human cultivate plants species in unnatural places, for agriculture, forestry or landscaping. For instance, several Sequoia sempervirens trees were planted in the forest of Zurich for landscaping. The trees are growing in a non-native environment and must deal with foreign biotic and abiotic conditions as different climate conditions and coexistences. Sequoia sempervirens, also known as California redwood, is a species that includes the tallest living trees on earth, reaching up to 115.5 mt and living 1,200–1,800 years or more. These trees are also among the oldest living organisms on Earth. These massive trees occur naturally in the United State, mainly in California.

6 Climate change and the forest Forests react sensitively to a changing climate. Climate change has an impact on forests of higher temperatures and elevated CO2, and induced modifications of frequency and intensity of forest wildfires, outbreaks of insects and pathogens, and extreme events such as high winds. Such changes have major impact on species, biodiversity, growth and extension of forests. Breaking down the learnings, it can be said that the forest and plants in general are social organisms that communicate in a way which is not entirely comprehensible for mankind. Based on this observation, six groups were formed that dealt with different topics in regards to the forest and its connection to phenomena such as globalisation or the connection between humans and the forests. Questions were asked, answeres were found and discussions sparked that gave a different perspective on our (the humans) relationship to our immediate environment. Condensing the different topics and trying to find a common denominator, it became clear that awareness and empathy are crucial in our interaction with our daily surroundings, nomatter if human or environmental. It is important to see the world with open eyes.

Lecture and workshop by Diana Soldo The day up on the Uetliberg finished with a Barbeque that provided the group with the possibility to mingle, get to know each other and share their experiences of the first few days.