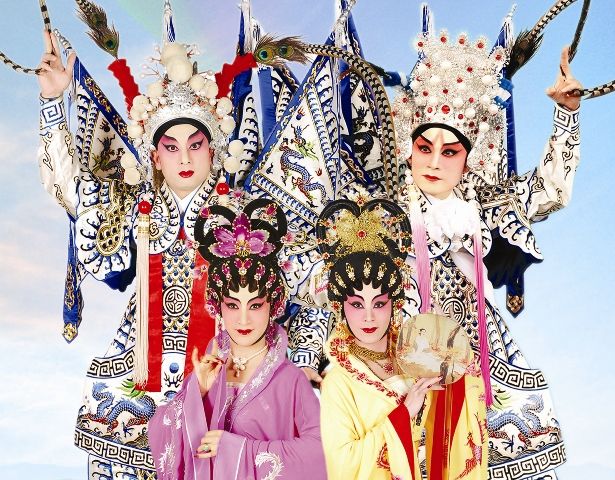 Starting off with the National Day Fireworks on October 1st, the group dived head first into a Cantonese opera workshop led by Singapore-born and Berlin-based artist Ming Wong. Ming Wong studied Chinese Art at the Nanyang Academy of Fine Arts, Singapore, and Fine Art Media at the Slade School of Fine Art, University College London. Wong’s videos and installations explore the intersections of language, identity, and performance. In his signature methodology, he casts himself as every character in a story—playing male and female roles as well as characters of different ages and races—and mimics various behaviours, right down to learning different languages. Though untrained as an actor, he has embarked on an artistic practice that is at once highly influenced by cinema and is in constant dialogue with measures of performativity, gender, and difference. Currently, Ming Wong conducts research surrounding Cantonese opera and merges it with ideas from science fiction movies, an approach that also functioned as a guidance for the Transcultural Collaboration workshop week.

At the beginning of the week, the group embarked on a trip to Po Tai O, a fisher village in the New Territories in which a bamboo theatre was set up, to witness the festivities that surround the National Day. After a guided tour by Chai Kwai Kwong that even led to the backstage of the bamboo theatre, something that does not happen too often, a Cantonese opera was performed and various rituals took place. It was loud, hot and intense and the group came back to Hong Kong with new memories in tow that were put to use in the next few days.

What followed was an introduction to Cantonese opera by Ming Wong on Tuesday that connected its main topics to the artist’s own practice. Then Parris Wong came to Connecting Space on Wednesday and provided the group with information about the different spheres of this very distinct and traditional form of the Opera. Much was learned about the singing, the dancing and the props.

The group then divided and presented a some ideas on Friday. But not without having a Ghost In The Shell film night as an intermezzo.