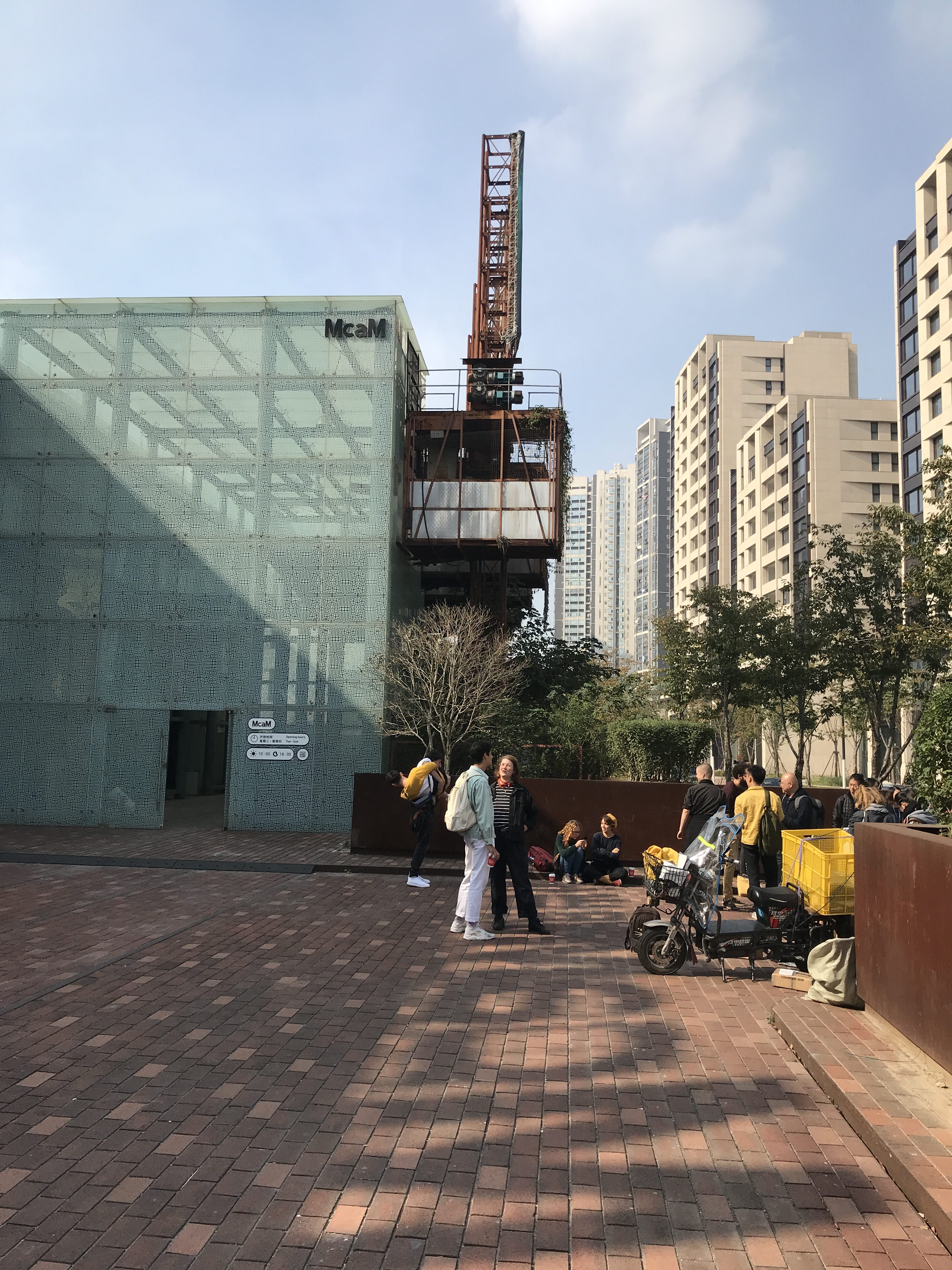 It was a fully packed first week in Shanghai. The convenient comfort of knowing a place we built in Hong Kong, was gone. Fresh start, new city, new questions – at least for most of the participants in the program: How do we order taxis, how do we buy a metro ticket to get around easily? Where are the good places to eat? Where do we get supplies for our group project? Which app is the best to translate Mandarin? How do you say Thank You in Mandarin? Who can pay via Wechat and Alipay? Where can we do laundry? Who can unlock public bikes? How long does it take to get to places in a city with 24.24 milion inhabitants (according to Google)?
Yes, Google does work if you use a VPN and XièXiè means Thank You – to answer just a few of many questions that arose during the week.

After a short introduction to Ming Contemporary Art Museum and the exhibition space, the groups started settling in and continue their group project individually. On two days, Zhao Chuan organised excursions to Rockbund Art Museum, Jiading Confucian Temple and meet-ups with local artists from FU KA Independent Art Space as well as Students from Shanghai Arts and Design Academy.