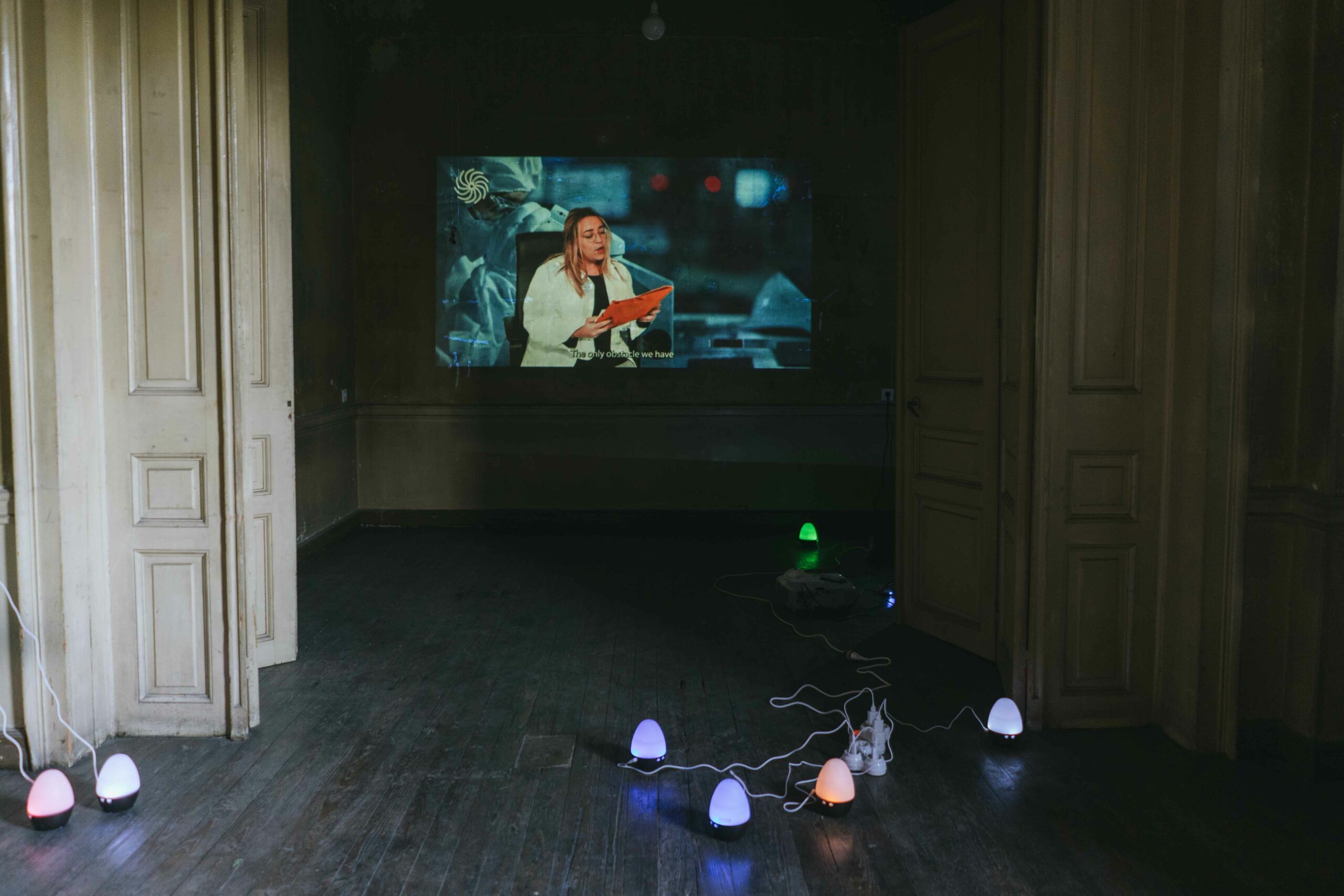 Fascinated by the dazzling city of Athens, “Chasing Tears” is a reflection on its inhabitants and its many passages of population. Line Chevalley, Milena Schircks, Tanja Kapoglou, Vangelis Tzolakis and Otto Kolless questioned the hustle and bustle of the people in Athens and translated it into their works.

Intrigued by the dazzling city of Athens, “Chasing Tears” is a reflection of its inhabitants and its plentiful passages of populations. During the three weeks of work, we questioned the goings and the doings of the people in Athens. Indeed, we tried to understand the dynamics of its unique anthropologic system, where social and economic structures merge. Why do people come here? To live a modern Ancient Greek Myth? To flee away from a land that prevents them from seeing a future? To escape a reality? What do people want to find here? In the end, we concluded that in all individual situations, people look for an opportunity.

There is a wish for what could be named a promised land. Possibly a place where freedom might be found. However, we also realized that this quest is an illusion. Freedom at last is nothing more than a theoretical construction by our society. The strength of the city, truthfully, lies more in its promise. In that sense, our concept was to create a perfume called “Liberty’s Tears” that would frame the freedom-paradox.

The final installation was an invitation to experience the aforementioned perfume. In two connected rooms, a projection and three videos were set among lighting scent diffusers that created an atmospheric impression of an imaginative fragrance. Perfume paper samples were offered to take as tokens. The projection showed a satirical spoof about a constructed myth, the so-called “Liberty Myth”. It is said that the tears of the goddess Liberty grant freedom.

Hence, a team of scientists explains their research which focuses on capturing the dispersed tears in the city of Athens. The so-called Bite6 team invented a machine that both collects and transforms the tears into a perfume to make it accessible to whoever wears it. Furthermore, two of the three tablets were showing parody live-stream footage of the invented machine sampling the Liberty’s tears in Athens. The third tablet framed the thinking process as a manifest referring to our position towards the city.