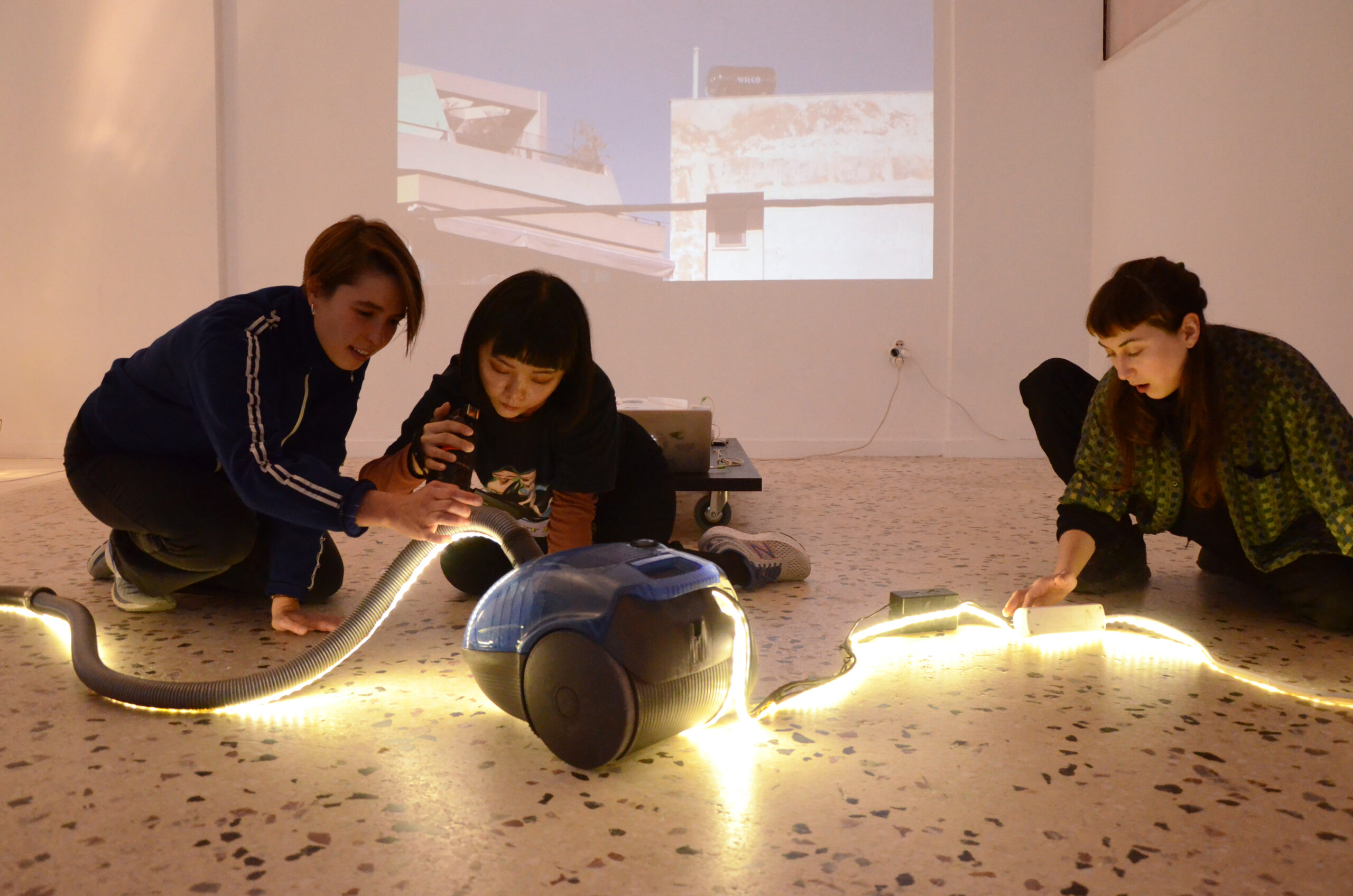 With “Access Point”, the artists attempted to show an improvised performance four times, incorporating four different but equally important concepts in one piece. The central object was a vacuum cleaner used to clean the exhibition space and the materials experimented with during the exploration process.

“I think this piece could be about methods of revealing (how can the insides be out-ed, if you’re only ever tracing the surface? (what, or who is outside/inside?))” ＿＿ “keep in touch, out of sight, which side am I in?” ＿＿ “I think the work is questioning the possibility of getting in touch with the deeper inside of something by the way of only being able to trace the surface of it.” ＿＿ “I honestly don’t know where this is going.”

The final piece became an experimental multidisciplinary performance, which is open research on selected material that artists collected before in a working method laboratory.
The four artists (performers/directors) switched their roles and try out new material on each performance.

The artists tried to show an improvised performance four times, which includes four different but equivalent concepts in one piece. This idea of working on one piece altogether and working on an individual concept at the same time gives the opportunity of many different layers and readings.

And there is the idea that all individual concepts are connected in one big question:
“How can we access what is inside, by tracing the outside?” The format of improvisation makes it possible to research this question till the last performance.