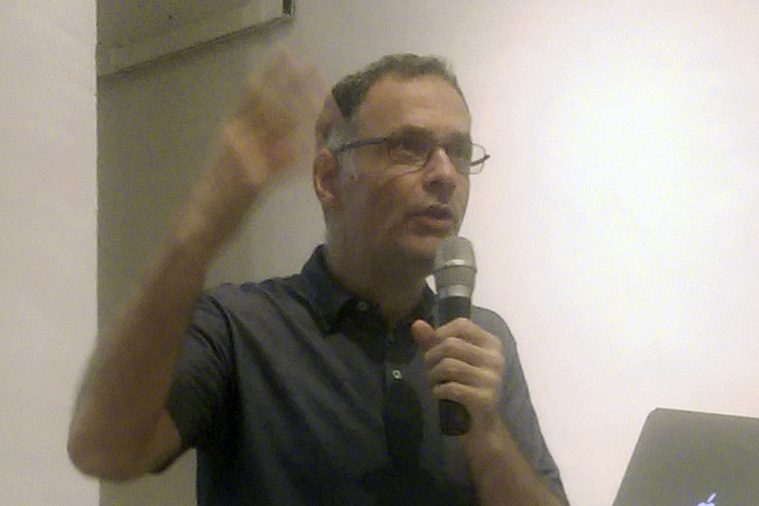 After a recapitulation of the notions of ‘‘East’’ and ‘‘West’’ in the work of Edward Said and the kind of problems they have generated in the evaluation of art in Hong Kong (illustrated with some examples of two kinds of artwork using concepts and visuals from Euro-America and China), the process of hybridization is then presented as the way in which a culture will transform into something new. The question is therefore to establish what can be called a hybrid. To put it simply, one calls ‘‘hybrid’’ in the cultural realm something that does not yet look ‘‘native.’’ For instance, in present-day China what was still considered to be a hybrid in the arts not so long ago is often identified as more Chinese than ‘‘Western’’ today. A cultural element only stays a hybrid as long as it is seen as such, but its visibility is subject to change. This begs another question: what are the conditions of the visibility of hybridity and through what process does it go before being identified as something ‘‘native’’? Hybridity is in reality a very unstable characteristic, and its presence depends very much on who is looking and how; it is a question of cultural representation and, as a result, cannot be inherent in the object itself. This non-essentialist view of hybridization in the visual arts, presenting itself in the shape of the Deleuzian rhizome, may shed a different light on questions related to differences and similarities between cultures.

Frank Vigneron received a Ph.D. in Chinese Art History from the Paris VII University, a Ph.D. in Comparative Literature from the Paris IV Sorbonne University and a Doctorate of Fine Arts from the Royal Melbourne Institute of Technology. He joined the Department of Fine Arts, CUHK in 2004, teaching courses on the History of Western Art, the theories of Modernism and Postmodernism in art, and Chinese and Western comparative aesthetics. His research focus is on the history of Chinese painting from the 18th century onwards and on different aspects of contemporary Chinese art seen in a global context. He is also the program director of Master of Arts (Fine Arts). In 2010, he became Chair of the Hong Kong Art School Academic Committee as well as a member of the Hong Kong Art School Council. He is also a member of the International Association of Art Critics Hong Kong. Professor Vigneron is also a practicing artist. He has held several solo exhibitions in Hong Kong and has taken part in local and international exhibitions.