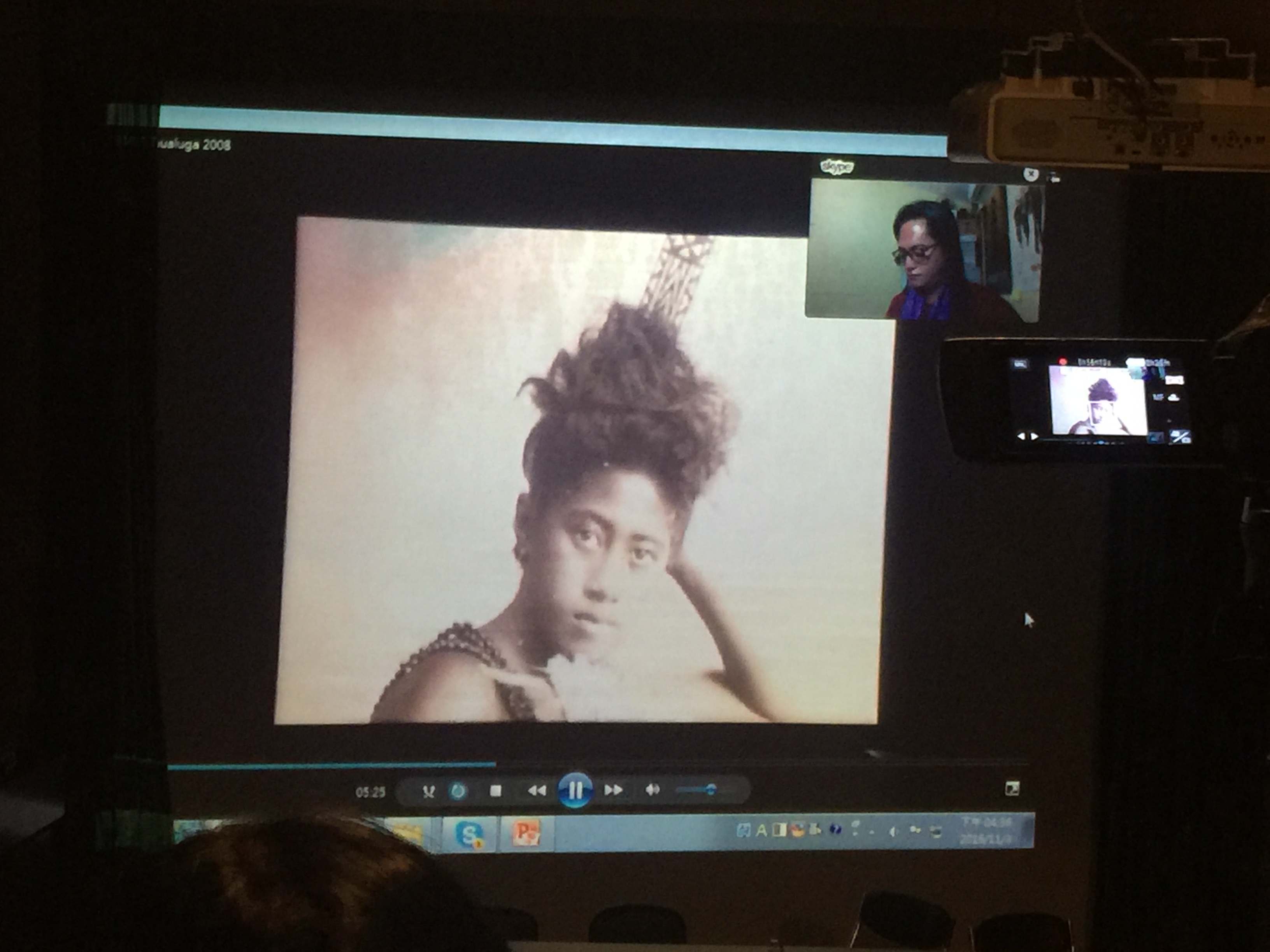 The Western vision of the Pacific and Polynesia as a lost Eden, peopled by ‘noble savages’ and ‘dusky maidens’ living in harmony with ‘mother nature’ and ‘moral purity’ untouched by the corruption of modern, capitalist society has been a subject matter for many artists, among others, including French post-Impressionist artist Paul Gauguin who travelled to the Pacific in search for an idyllic paradise coupled with insatiable appetite for mystery, erotic and the exotic settling in Tahiti and the Marquesas Islands already occupied by the French colonial administration during the 19th century. Centuries later, Pacific people continue to be seen through the lens of Gauguin’s paintings as a blanket stereotype as part of an on-going process of orientalism in the Pacific region. Kihara’s illustrated lecture entitled Vision of Salome, centers on works she has produced in the last decade or so where she features herself in the guise of ‘Salome’ – a Samoan woman in Victorian mourning dress appearing in across video, live performance and photographic mediums while subverting historical cross-cultural representations of Pacific people, unpacking the myth of the Pacific as paradise and critiques the imposition of European concepts of gender and sexuality onto colonized peoples.

A native of Samoa, Yuki Kihara is a self-taught interdisciplinary artist based between the Independent State of Sāmoa and New Zealand. In 2008, Metropolitan Museum of Art in New York presented a solo exhibition of Kihara’s work entitled ‘Living Photographs’ featuring highlights of her interdisciplinary practice, followed by an acquisition of her works by the museum for their permanent collection. Kihara’s works has been presented at the Asia Pacific Triennial (2002 & 2015), Auckland Triennial (2009), Sakahàn Quinquennial (2013), Daegu Photo Biennial (2014) and the upcoming Honolulu Biennial (2017) curated by Fumio Nanjo, Director of Mori Art Museum Tokyo. Kihara has been a guest speaker at numerous universities, forums and symposiums internationally; and held residencies, among others, at Theater Hebbel am Ufer, Berlin, International Studio & Curatorial Program, New York and the National University of Samoa. Kihara recently co-directed a dance production entitled ‘Them and Us’ with Jochen Roller featuring NZ-based Tatau Dance Group which premiered at Sophiensaele, Berlin touring across Germany and Switzerland.