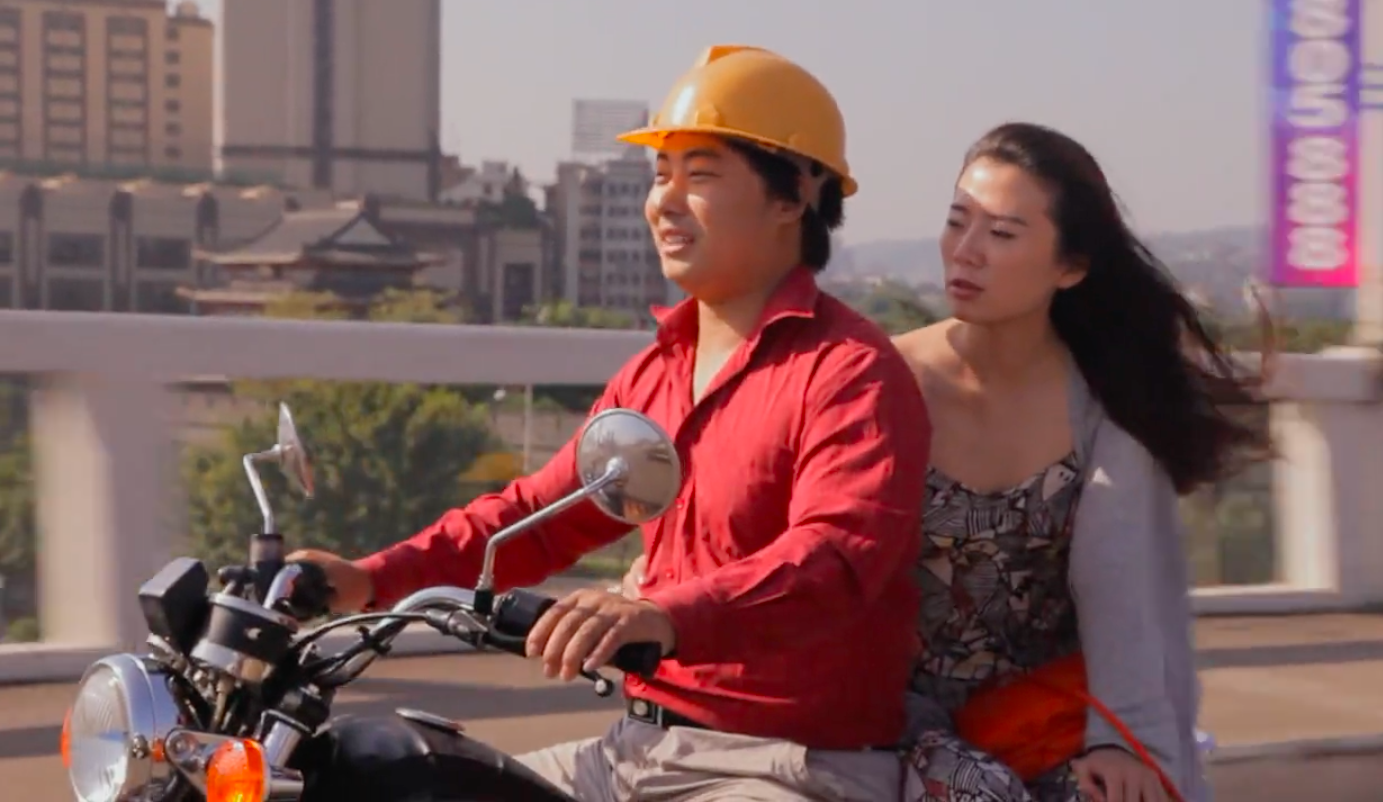 Ella Raidel, Researcher and Filmmaker
in Europe, Asia and Africa

Double Happiness takes the Chinese copy of Hallstatt, a small idyllic town in Austria, as the starting point to explore China’s fast urbanization. Chinese cities are built where histories and memories can be easily forgotten and thus rewritten. The film intersects the real and the fake through visual imagery,interviews and songsand tells the story of the copy planned in secret and of its discovery, of the motivation and the background for the construction of the fairy-tale-like replica in a region with a population of millions. The film is shot in the fashion of a docu-musical to refer to Sound of Music (1965), the Hollywood production of animagined Austrian culture, which became a touristic hype in Salzburg.  The origin is no longer determined by tradition or culture, but rather by playing a role or even playing with images deriving from the archives collected from mass- media visual footages as the collective fantasy.What matters is no longer whether it is original or fake, real or fictional, but the virtuality grounded in the epistemology of the image production itself, its perception, and effects in the capitalist globe.

Ella Raidel (b.1970) is an artist filmmaker based in Taipei and Vienna. Through years she has been shooting in Europe, Asia and Africa to trace the cultural-political marks of globalization to archive in experimental films, videos, and installation.  Her work has been internationally recognized, and endowed as a senior researcher by Austrian Science Fund.