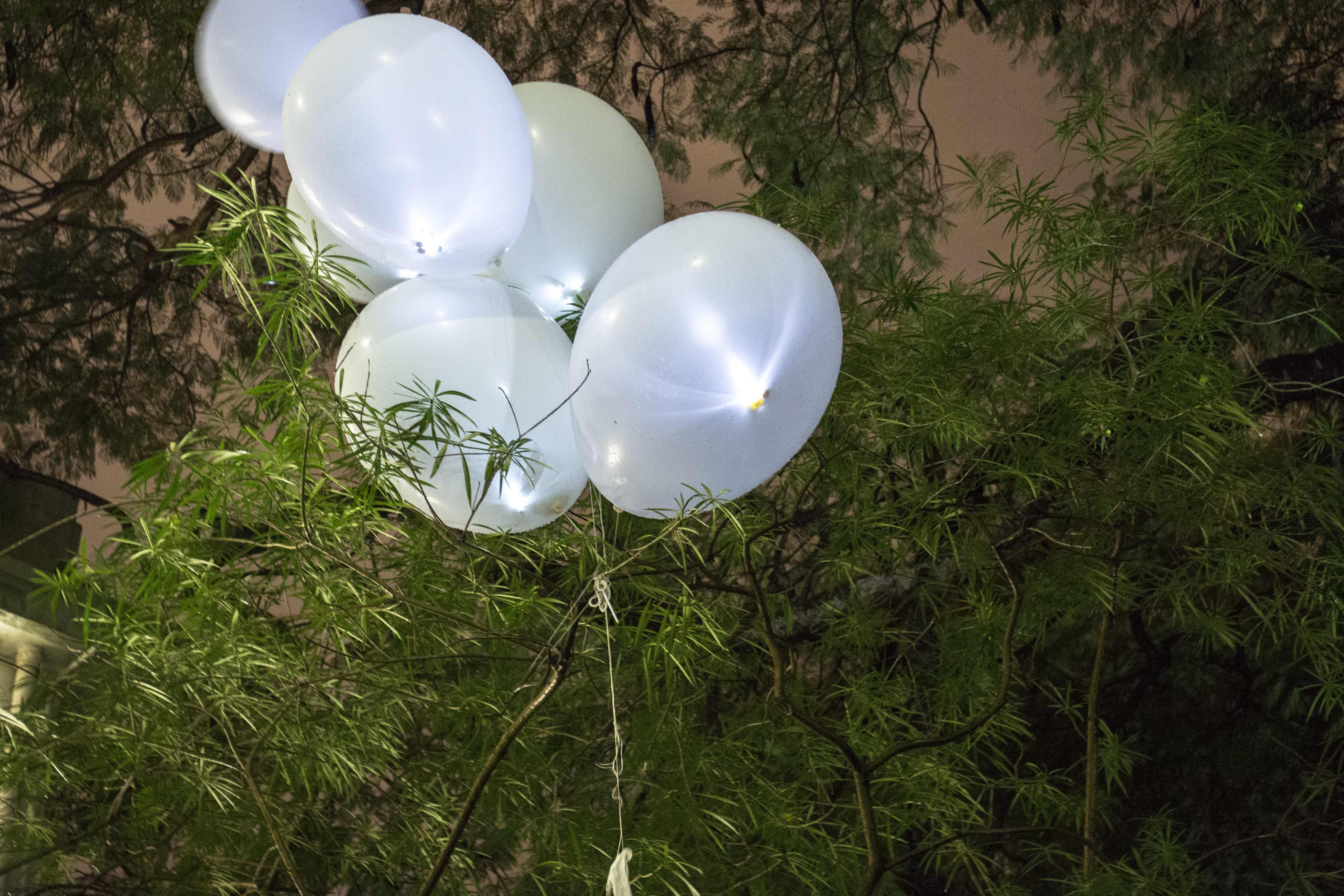 These events present the experiments and explorations of the annually international graduate semester program “Transcultural Collaboration” a cooperation of art universities from Hong Kong, Mainland China, Taiwan and Europe. Its general focus is on transcultural topics and its main working method is cross-disciplinary collaboration including all art and design disciplines. The program is mainly taking place in Hong Kong and includes stays in Zurich and Taipei. It’s part of the networking platform “Connecting Spaces Hong Kong – Zurich”.

There is a vast man-made cyberspace floating above our heads. The boundary of the “virtual” world and the “real” one keeps expanding, from screens to our senses. We enhance perceptions of light and sound in this boundary where new cultures and aesthetics are emerging, regardless of limitations on the land.

If you walk through the streets of Hong Kong and you feel some water drops falling on your head, it is probably not raining.
We encounter air conditioning water every day. When the condensation falls on our heads, we are nothing but helpless; for a moment you feel this unpleasant wet feeling. Nevertheless, the water drops will dry out.
We allow the falling condensation to leave its traces through traditional acts.

At the bottom of garbage pyramid are cleaning staff who represent 0.14291% of the Hong Kong population. These people are hired by private companies which are contracted by the government. Every two years most of the staff contracts come to an end.
Some were once rich and in the middle of society. They lost everything, and became outsiders. They are the wasted in the waste society.
During the research, interviews in different garbage collecting centres were conducted. Hence the result will be a documentary performance modelled on the Greek myth of Prometheus.

It Will Become Someone Else’s Secret

Once again, it’s the future that’s being sacrificed. The medium – our body, its extensions, what does it matter? – is in a sinking movement, bringing the center of gravity closer to the ground. Waves of seething code will be washed away. The future fills you in with a question. Identity explodes in multiple morphings no longer governed by your laws, infiltrating the system at root. Resistance is futile, artificially involving us. It’s feeding back all the time.

The modulations and control of a process, a system by its results or effects.
Trying hard to prove our existence.
Celebrating the disappearance of an imagined existence.
Grasping something that could just fade out after 4 seconds or everything that slowly vanishes.