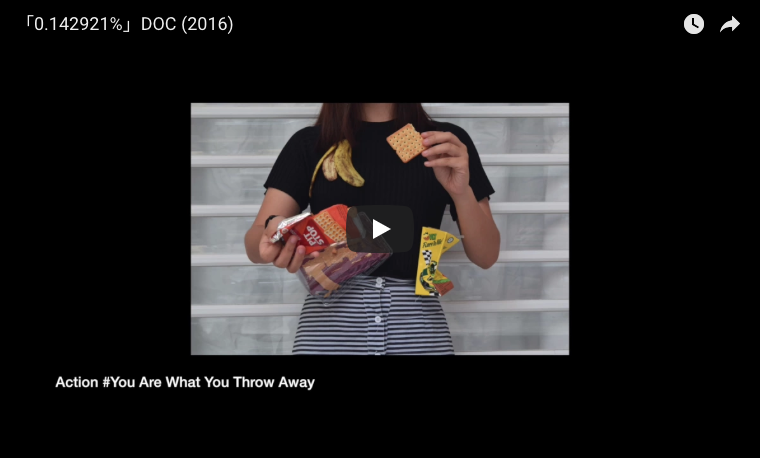 During three months in Hong Kong, I lived in Yau Ma Tei, which near by the Temple street night market. Every day I walked by, I found out people throw trash directly on the street, and leave huge trash to cleaners. So we decided to observe the night markets for 24 hours. As a result, people came and leave, in this big consumer city, easily buying and leave all trash behind, they only expect others to result the problem. We also do action in the night market to aware this city garbage problem, the action call: “Nothing should be abandoned.”

In these research, we interviewed the cleaners, to know more about what do they think about their lives and jobs. And put these interviews into our final performance.

We found out the landfill in Hong Kong is also a big issue, so we went visiting and having a interview with landfill office employee. These experiences let me to rethinking our own living place situation, and what is the difference from Hong Kong.
It is hard to change immediately the thinking and behavior of Hong Kong people, that too much rely on other to taking care the environment. But we could rethink our own situation, like: did we make the same mistakes easily. And only expect our own self, to shaped the space which we like it to be.
“In this world, you must be the change you want to see。”-Gandhi

What we are buried?

Our research originated in our curious what happen did the garbage went after garbage into dustbin.  At the same time, we also curious how the garbage disposal content HongKong which has a large population base and highly developed consumption patterns. We start our observation from a fruit market and a garbage collection point in Yau Ma Tei.  In the interview,，we were surprised at the weight of daily garbage transport in one station. We also focus on the garbage men work in a harmful environment and heavy workload. We realized it was a small number of people service all garbage transport work in one station. And one station service three or five blocks.  After founding the amount of the garbage collection point in Hong Kong, we had already couldn’t imagine how many daily life garbage in Hong Kong. And the terrible number of garbage hasn’t included industrial waste, medical waste,electronic equipment waste, chemical waste. It also let us more curious garbage disposal ways in Hong Kong.

In the process of the garbage research, we visited a landfill in HongKong and listen to the introduction about how landfills run? The tour told us how to use the scientific method to build the seepage prevention under the device to protect the natural fill.She informed us the landfill area had expanded and only processing construction wastes without fetid.

Avoidance in their sentences is the most serious of the garbage problem. The seepage prevention measures can solve environment problem now, how about ten years later?  We only visited construction waste landfill, which means there has other landfill buried living garbage with fetid. And the expansion area landfill means that we have been piled high with the existing landfill. In landfill, I deeply feel we are not only buried tremendous amount of garbage, but also a terrible future.

We know that every day we must have a few things to throw away, but those are necessary to be discarded? We were thinking about the contradiction between human life and garbage.In pursuing the healthy life and clean food, we resource waste and overproduction in daily life. In pursuing the changeful life and enjoy daily update of goods, we discard available things easily. The relationship between consumption and waste could be seen in everywhere. Excessive packaging, overproduction and over consumption happened every day. During the observation process, we introspected the dealing ways of owned items and was trying to produce less garbage, reduced the use of disposable tableware.