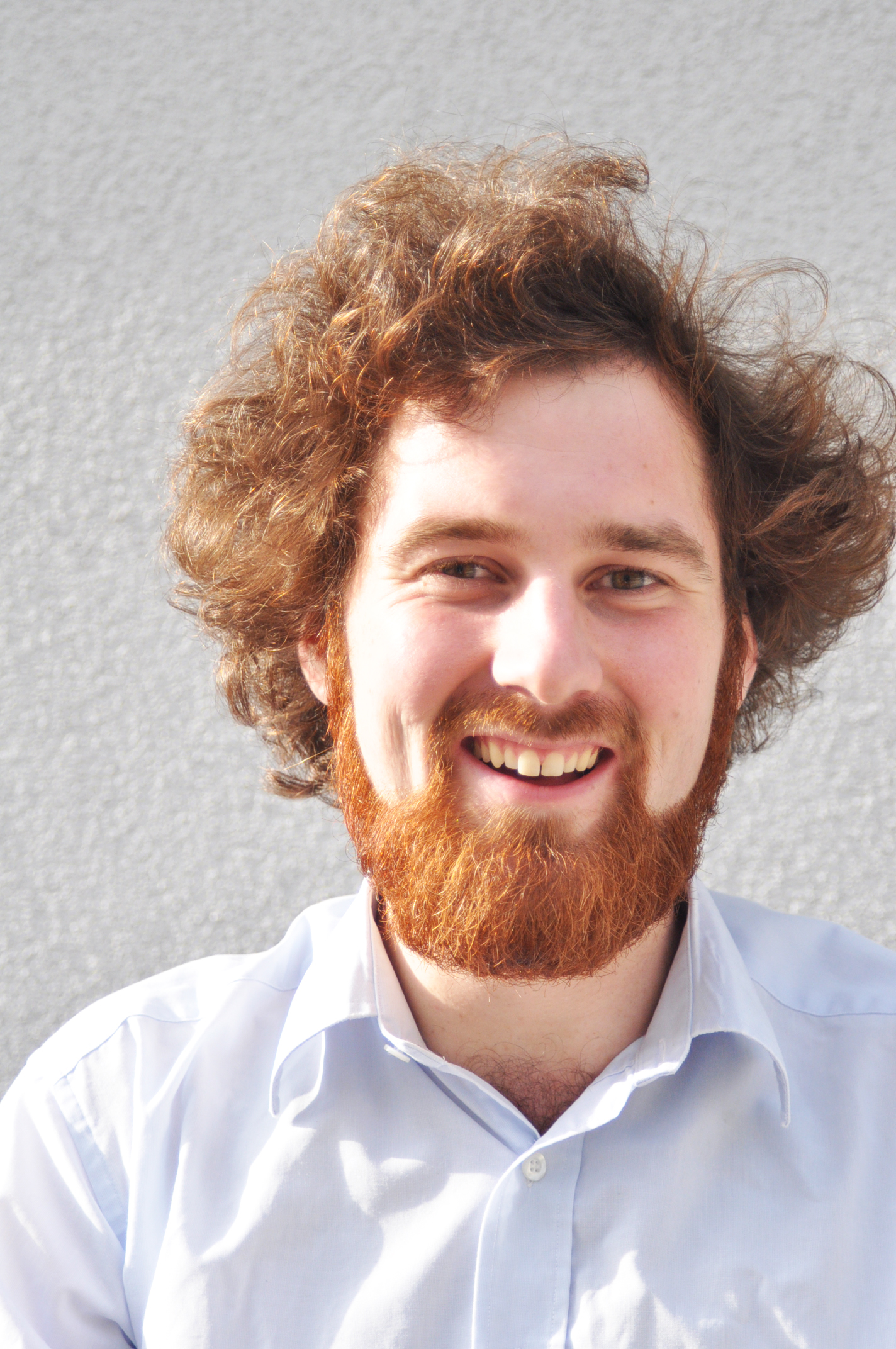 A conversation on different ways of working and how to still work together.

Mathis Neuhaus: Could you tell a little bit about your own artistic practice?

Maximilian Hanisch: I am a trained theatre director. I am involved in theatre as an actor since I was 12 and in directing since I was 14. Later, I studied theatre directing at the Thomas Bernhard Institut of Mozarteum Salzburg, which is a pretty classical acting and directing school. At the Thomas Bernhard Institut you learn how to work with trained actors on dramatic texts. But you’ll also do excursions into documentary theatre and learn a little bit about dance. I did this for three years and also worked for two years in Brunswick as an assistant director – mostly on dramatic texts, but also on a few documentary productions. In my own productions, I try to combine my skills with Aesthetics and techniques which are close to contemporary dance. My works always have a political core. But I try to avoid to send out simplifying messages and trust in the intelligence of the spectators. Currently, I am doing a performance Master in Bern, to learn more about methods from other fields of performing arts and to move towards collaborating with other artists in more fluid constellations. But Directing remains a strong part of my practice.

Mathis Neuhaus: Is it important for you to see your own artistic practice represented in the final project?

Maximilian Hanisch: It changed. In the beginning of the whole program, I rejected to do anything in the realm of theatre or directing or working in scenes. I already did this a lot and I am not in this program to do more of the same. I want to learn other techniques, so I was open for any form. But in the current project, my own practice is not that represented in the working process and I definitely had the thought that I would like it to be more present. Now, I am at a point where I am thinking that this is a basic condition for collaborations: you try to act strong from your perspective, but the collaborative aspect will make it change anyway.

Mathis Neuhaus: How hard or easy is it for you to let go of an idea?

Maximilian Hanisch: It got harder. The first two projects, the one in Zurich and the first one in Hong Kong, I approached in a relaxed manner. Basically, whatever form was fine with me, it was more about the process. In this final project, I wanted to include aesthetics from dance and theatre, which did not work out too well, so I had to deal with letting ideas go. It led to situations where I constantly had to re-contextualize – which was a bit harder if I compare it to the previous, smaller projects.

Mathis Neuhaus: Is collaboration something that has been important already in your own artistic practice – before you applied for this program?

Maximilian Hanisch: The master program I am doing right now is all about collaboration – with theatre people. So, everyone has a pretty similar background. Therefore, I found myself in collaborations almost exclusively for the last year. One major thing, I think, in collaborations, be it interdisciplinary or not, is that the involved agents are on eye level. I find this very important and that is something I am searching for. In a collective, no one has to have all the answers. I really like this in collaborations, because it also leads to ideas you would not have if you would work like you normally do. For example, when I am working with a dancer, even though I am watching a lot of dance and I understand it’s principles, I still do not start thinking about a topic from the perspective of the body. Collaboration is super important for artistic practice – to find and invent new forms and ways.

Mathis Neuhaus: What about the hard parts of collaboration – in an interdisciplinary context?

Maximilian Hanisch: One thing is: what are your reference points? I realized that it is very important, at least for me, to have common art references. This does not mean that all have to know the same material, it can also mean something vaguer. I do not want to use the term “taste”, but maybe: that you are getting excited about the same things. I get excited about big, crazy, surprising things, a heavy and intense workload. Things that are too big to handle. I am fine with working until the last day and changing things until one day before – which is a very normal approach in theatre. In other disciplines, it works differently. There may be one idea in the very beginning of the process and then it is about making this specific idea very strong and refining it. That is a term I would not use so often in my own practice: to make one idea very strong, make it precise. When I am having a good idea that is only the beginning of plenty of other things I want to connect to and include in this. Of course, you make it precise in the end. But the way of going there is messy and full of surprises. That is one main difference I learned about while working in an interdisciplinary context.

Mathis Neuhaus: In these situations, do you rather lead or follow?

Maximilian Hanisch: Based on my education, I am very trained in leading – that is what directors tend to do. It is about communicating on many levels and hierarchy certainly plays a role. In this program, I try to not do it too much, because I want to learn to do it less. I realized that you cannot try to lead based on your own taste. The way to articulate concerns in these situations is very important, because you have to realize that this is not a matter of discussion, if you like something or not. You have to connect your ideas always to the content. If you are getting emotional about dissensions, you are moving into a field where you cannot negotiate anymore, because you become too vulnerable and you cannot control the communication. Controlling not in a sense of forcing people to do something, but suggesting  them to move in a direction that you think is interesting.

Mathis Neuhaus: What have been the most decisive or relevant factors in searching out your group for your final project?

Maximilian Hanisch: It was mainly the people. Two of them, I already collaborated in Zurich with. And I knew that we have a common interest in architecture and city planning. In how space influences the behavior of people and how certain environments control you. This time around, in Hong Kong, the group building process was a bit messy. There were a lot of people I would have liked to work with, but I also decided to not ask anyone in advance – what I would have done normally. The first two group building processes were very laidback and I appreciated that a lot. I did not want to get in this targeting mode of: I have to produce good art, do a great collaboration with people I locked down before the group building even started. But then, when the group building started, a lot of constellations were already fixed. So, I gravitated towards the people that I knew I can work with.

Mathis Neuhaus: When you formed the group you were able to set the topic quickly?

Mathis Neuhaus: What role does Hong Kong play in this project? Or differently put: would your work be different if you would be in another city?

Maximilian Hanisch: When I am looking at what we are doing now, there are a lot of connections to discussions we had about Hong Kong, things we saw etc. And it was a process. We have been working together for five weeks now, and I can see where our current idea came from by relating it to everything we have been doing before. Our overall topic is about how a city, but it could also be an App like Instagram – so any kind of closed system -, makes you behave in a certain way. In controls you in a certain way, with rules, organization of space and information. Foucault referred to this with his concept of Governmentality to describe how states use power in a hidden way. This topic you could realize in any city. That is not Hong Kong-specific. But what is, is the fact that here you have rules everywhere: in the MTR, written rules in certain places, rules for the art spaces, for how you produce art, how censorship plays a role. We wanted to include all of this in our work. The meetings we had with people: strangers you meet at a party that are talking about how the influence of China grows bigger and how they want to move away because of that. But it is also a sensitive topic, because it deals with the question of how to take agency. We had a lot of discussions about this: what are we, as foreigners that only come here for a temporary residence, allowed to say about this situation? What is our perspective on this?

Mathis Neuhaus: What would you say was your main motivation for applying for Transcultural Collaboration?

Maximilian Hanisch: I already did two theatre projects in China, one as a performer and one as a director. And I will do more in the future. But these two projects did not have a collaborative set-up, the roles were pretty clear. I liked the idea of having not-so-clear roles. It is nice to be able to reflect on your own working techniques in working with people who have a very different background, different biographies. In addition to that, Hong Kong is a pretty inspiring environment. The program provides the possibility to work with rather little pressure: you can do something that is very good and after the program is finished, you can continue working on it. But if you do something that may be not as good, that is fine, too. I really appreciate this. Because this freedom is the ground for experimentation.

Maximilian Hanisch studies the Master Expanded Theater at Bern University of the Arts in Switzerland. For the final project in Hong Kong he is working together with Alicia Olmos Ochoa, Stephanie Lee and Marleen Fitterer on exploring on a sound installation that explores how power and regulations operate in and through particular places, bodies, and social contexts.