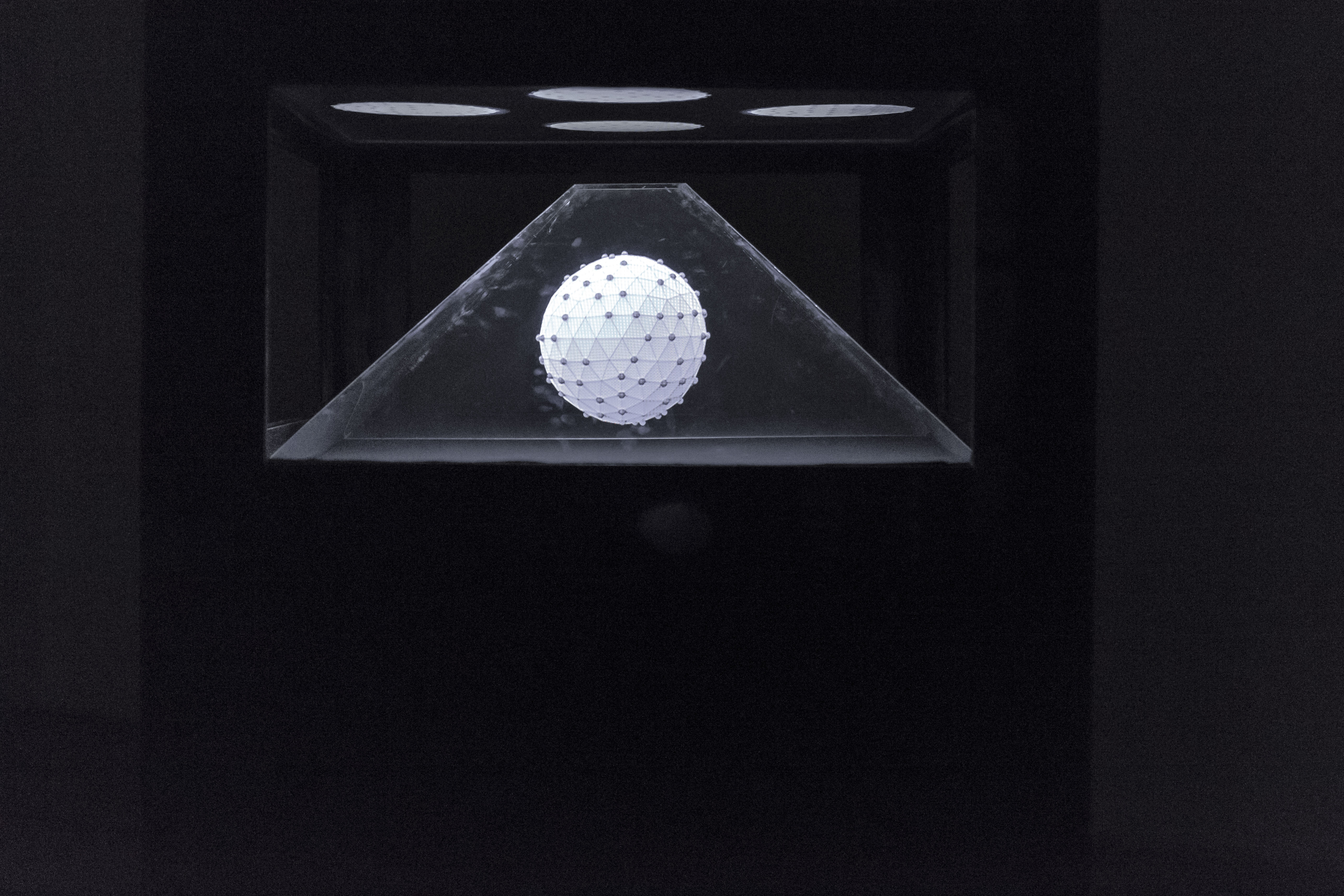 The basic idea came from the “Big Data”. We want to collect data from the players (input) and make it visible and interactive (output) at the same time. There are four interesting questions we want to explore  at very first beginning: How people use fake data? How online behavior affects our behavior in real life? How people manage multiple identities? How to balance the digital and analogue qualities? Finally, we decided to focus on the exploration on digital and analogue qualities. Using the digital and creative way to show the perspective of orthodox things is one of  the standing points. The lab9 v1.2 is based on our last project Catcha [link to our first project: http://www.transculturalcollaboration.com/2017/10/19/catcha/ ], and we still wanted to simulate the octopus paying process. However, people don’t need to use the octopus card anymore, because PEOPLE  themselves are the data.

In the beginning, we decided to make three stair steps with three light sensors that will have different sounds once people walk on them. But after investigating the gallery, we found the bathroom has better position and is more effective since more people will go through to interact with the installation consciously.

The concept of collecting data and how the audience affect data in an interactive way was the most important issue in this work. We made a fake floor using wood by the entrance of the bathroom with three lighting sensors under it. On the top, we made a new part of ceiling to hide the technical materials including two speakers and three torches. Each sensor was connected to several loud sound such as screaming, laughing and so on. When people walked into the bathroom, they needed to walk on the fake stair and activated the sensor with a sound coming out of the ceiling randomly.

Basically, there are three parts of project introduction: Catcha, XXX installation, lab9. By presenting the concepts, artistic form and some small tests of each project, we showed the relatively complete work process. “Language” is another theme of the presentation, and we used language as medium to communicate with other group members or even the artwork. Of course, we know the professional terms of our disciplines and background, but how to make it easier to understand for other people is the problem. That’s why we create the new language (as it shows below). At last, we think trust is most important reason that keep us move forward. After testing the materials, the light sensors, the speakers and the program for the XXX Gallery, we realized that the main point that we had to address immediately was to check that the hologram could work in a bigger setting (bigger screen and bigger pmma pyramid). In a parallel way we also thought about how to implement the light sensors with the corresponding limitation of fake floors and fake ceilings. One of our major obstacles was that we wanted a very dark environment so that the hologram could stand out, and this fact limited the possibilities of using light sensors.

After some time we realized that we could avoid external lights completely just using pressure sensors, so we designed stations surrounding the hologram where the user could interact with the installation simply pressing the sensor. We also decided to use fluorescent stickers on top of the columns to make sure that the hologram was the only source of light in the room.

The eventual use of the fingerprint reinforced our concept because it stands as a metaphor for both personal identity and ecological trace. The decision of having eight columns was a connection with our previous project, since an octopus has eight legs, and we also realized the ambiguity of the user’s perception: is it the user who is responsibly taking action or is the installation leading the user to behave in a certain way?

The starting point for “1.2 lab9” was the overall topic of ecologies. We are living in a century of change. A lot of things happen and sometimes it is hard to grasp or formulate the ongoing processes. The term Anthropocene tries to define our age and the ecologies. Culture, technology and nature are the three bases for the concept of ecologies. As everything by now they are not separated. They do not stand as column under the roof of ecologies. They are intricate as our life – our individual life, our life in the community, our life as an earthling.

Therefore the technological progress is a prime example. The rapid progress affects many parts of our life. Technology is often not visible but always there. We cannot anymore imagine a life without it. If we buy a black tea we pay with credit card. We want to travel, we use the octopus card to receive the access to the area and also to leave it. Beyond this digital used objects there is a lot of data generated. Today everything is data even if we expect it or not. Technology is a part of our system as same as we are.

Human beings strive for getting the control about everything. But where do we influence the system and on the other hand where happens the opposite? Being situated in Hong Kong for our collaboration we tried to take up the octopus card. In a way, the Octopus card provides great convenience to our lives. Using the Octopus card makes the society more progressive and efficient. On the one hand, it reduced the manual labor during the payment process. On the other hand, it also provides more convenient lifestyle for citizens. The whole connection between Octopus card and users is like a system. They influence each other.

With our interactive installation we would like to make the mostly hidden process of data visible. It shows how the different people are linked with each other.
The system doesn’t work with us.

We can’t live without the system.
We always trigger something in it.
We leave our trace.

And we have the chance to change something. We should not be afraid of the hugeness of big data. Even if data affects we also affect data. With a conscious handling, the awareness and the will to learn more about it, the force will be with us. The audience reacted mainly very playfully in the first interaction. They pressed shortly on the column and released in the next moment. Through that the people had a first impression of the way of function. But they were also a bit confused of what happened, especially if others were also using their fingerprint. So they tried again. Through try and error they learned how it functioned. After these first steps, a next phase started. Now, they used the installation more confidently. This confidence helped to shift the focus away from themselves to the people standing on the other columns. This moment created another level. From an one-people-installation it moved to a collaboration. This made the people curious. What will happen if all of us tap on the column? What if we stay like this for a longer time? What sound will we create? At which moment will the hologram implode?

Through these first playful and then more serious moments we were able to raise the question about the installation and its meaning. Which part do we play in this whole thing? What’s the shape’s meaning?

Overall we were and we are quite satisfied with our result. We think that we created a new interface where people step into a relationship with each other and find new ways to interact. And this is a very human approach to a basically technical topic. In further steps we would improve the interplay of the sound and the video. Through more iteration we could bring them nearer together. At the last state the created sound from the eight audio outputs were for some people more like a noise which was not our aim. It would be very interesting to improve this critique.

Material, we used for the lab9-v1.2-installation: