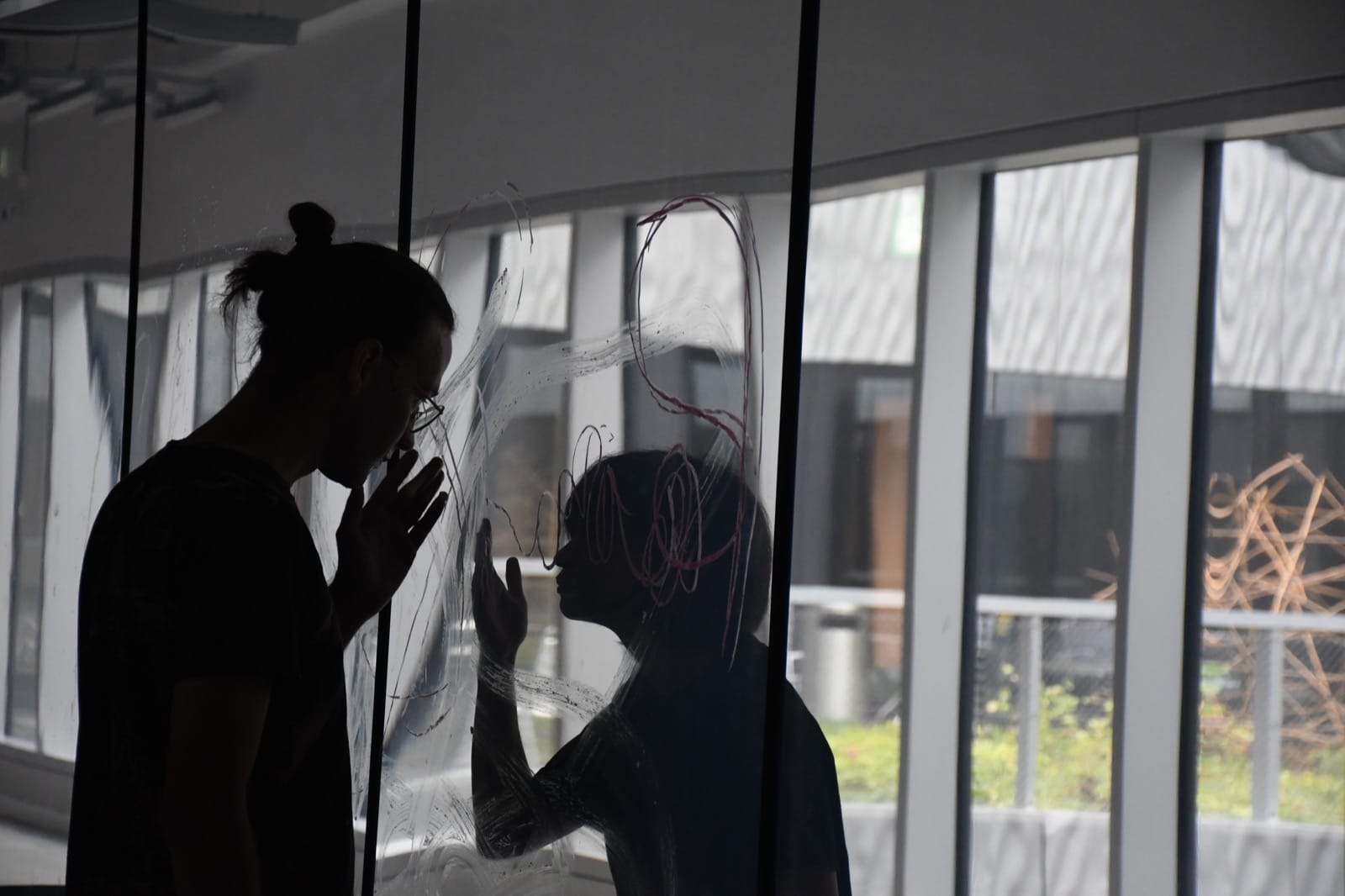 Twenty Five people from more than ten different countries and over fifteen different majors came together in the biggest city of Switzerland, Zurich. In four weeks we found out how to curse somebody with a spell, how to work together and what it means to hold a lecture in a transcultural environment.

Eating brings people together and in Switzerland also hiking. At our first day in Zurich we walked up to a mountain and had a picnic by the lake. We got to know each other a little bit and tried to overcome the smalltalk.
Within in the first days we had various inputs and discussions. Yuvikki Dioh (@yuvvi), the first Diversity Agent In Switzerland, talked about her work at the Zurich theater and what a diverse cast actually means. She entangled the terms of Diversity, Inclusion, Equity and Belonging and explained how the theater space in Zurich is still a white dominated field, from the people who work in the institutions to the audience who visits the theater. Her job was created to not only diversify those but to also raise questions like „How do we avoid reproduction of discrimination? What are our messages and which narratives and texts are we portraying?“
In our discussion round the question of „Who plays who?“ also came up, as a result of white actors playing non-white characters.

Another workshop of our program was by artist and Roma activist Mihaela Dragan (@kali.mihaela). She is the creator of Romafuturism which she defines as „the intersection between Roma- culture and history with technologie and witchcraft.“ Eventhough she doesnt identify as a witch, she spent a lot of time with different witches from Romania and other countries and includes the Practice of witchcraft in her work.
In the end we all wrote a spell, either a curse or a healing one, it was up to us. The outcome was funny, emotional and in the end really intimate to share our spells with everyone.

At the half of our stay we were all ready to finally work together. On the base of different topics like identity politcs we found each other in different groups to experiment and produce something together. For some it was tricky to find a balance where everybody can speak and share their ideas equally, and others had difficulties to find a common ground. In the end every group presented their final outcome. We saw a performance how bubblegum can be an invasion of the private sphere into a public one or how the game of pleasure and pain can be played or even displayed.

Besides from all intense discussions, inputs and group work, we came together for a tradtional cheese fondue at our last day in Zurich. As the first phase of the program was over we enjoyed each others company and looked back on four intense weeks. Again food brings people together or as in Switzerland, a good fondue.