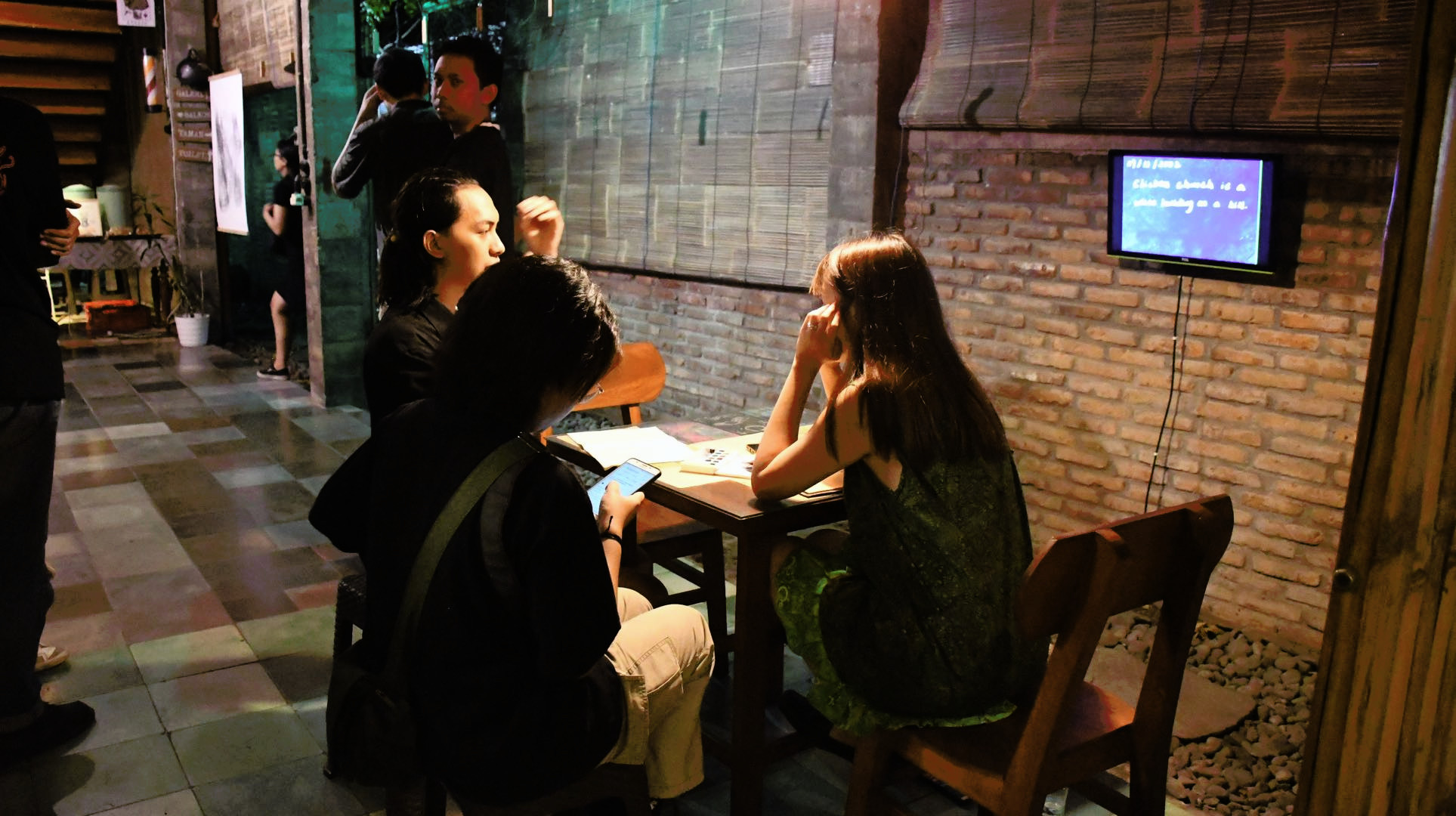 We meet many strangers in our daily life. Everyone has their own life path . I imagine the possibility of dialogue in these daily encounters. I found that by listening to different people’s stories, I could make a vivid connection to the city. The first person in Yogya to tell me his story was Seyang, a bentor driver. Through his personal story, I felt the lifeline of the city from his personal story with its individual history.

After that I met many more people afterwards, a former band bassist who cleans toilets at Chicken Church, a tattoo artist who is both like rain and a cat, a space magician looking for a home, and an AI who escaped from another island and is learning to write poetry. I expand the edges of four true stories I encountered in Yogyakarta, at dusk and night , in the form of a small animation. I love the blur between reality and fantasy, the flashes of light in personal narratives and unexpected happiness, sadness, and emotions in encounters.

The whole project is a process for me to explore my interests as a creator. As my major is theater art, I once considered doing a performance work with the previous team, but I gradually realized the importance of the text for me in the performance art. At the same time, I became interested in the city of Yogyakarta and hoped that my work would connect with local life.

Ordinary people’s participation in theater performance is becoming a popular form of Chinese contemporary theater. This form may have been inspired by German theater, such as the German dancer Pina Bausch’s 2002 work “Communicative Place”, and Rimini Protokoll group’s “100% City” series. Therefore, listening to the stories of people in Yogyakarta and building a city profile from their personal narrations have become the original concept of “Ocassionally static flow” . In the previous group work with the theme of “Bentor driver”, I went to the home of a Bentor driver named Seyang, recorded his story, and drew a portrait for him. I felt the life vein of Yogyakarta in his personal narrative, which also played a great role in promoting the production of “Accidental Quiet Flow”. After that, I met many people and chose four of them to make an animated short film. The whole work is divided into two parts, one is the animated short film being played, and the other is my conversation with the audience.